Skip to content
After unleashing The Chosen on us last summer, Taran Matharu is back with the second book in The Contender Trilogy, The Challenger. A book, in which, no character should ever think or ask what the hell else could they possibly come up with? And yet, inevitably, of course, Cade did. And that didn't end well for anyone.

The Challenger, Book #2 In The Contender Trilogy By Taran Matharu

Matharu’s world-building, through an array of timelines, explored a multitude of landscapes, creatures, and obstacles. Characters are thoroughly developed on an individual basis and when interacting as a group. The Chosen’s themes were relevant and intentional. He never shied away from the inclusion of social injustices that quickly take over, no matter the circumstances. Whether it was racism, seeing essential knowledge as a threat rather than a survival tactic, selfish vs. self-sacrificing, Matharu took it all on in stunning fashion.

And then there is the puppet master, Abaddon. I couldn’t say anything about Abaddon when I reviewed the Chosen because of spoilers. However, I will get a chance now. Again, I won’t spoil anything in The Challenger. I don’t need to. Instead, I’d like a moment to mention the end of The Chosen. Plus, there is a there, there with Abaddon in The Challenger. 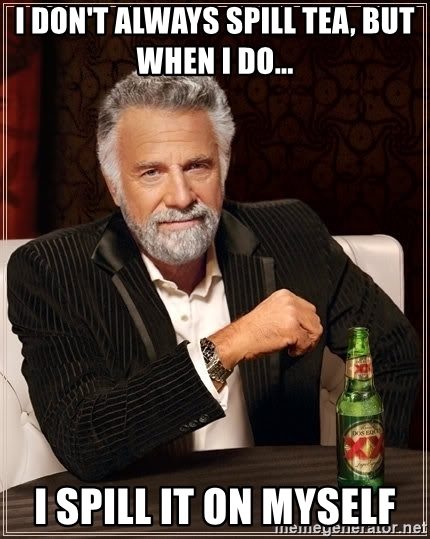 The Chosen to The Challenger

The Challenger picks up two-months after The Chosen ended. Let’s take a moment to reflect on how The Chosen ended, shall we? Taran Matharu deserves all the credit for the unique way the first Contender book punted to The Challenger and the introduction of Abaddon (a little girl with pic-tails). Please, indulge me because I didn’t have this chance last summer.

To <Abaddon in an avatar of a little girl with pic-tails>, Cade was nothing but a spoiled child’s plaything. A toy to be tossed aside when something better came along.

‘Does a farmer care if his cattle see him so?’

‘Your intellect is to mine as yours is to a plant,’ Abaddon replied, the sweet smile on the girl’s face belying the cruelty behind it. ‘Conversing with you is like playing chess with an amoeba. You are less than cattle to me. Less than bacteria. Thinking beings? You don’t know what a thinking being is.’

‘It’s time,’ Abaddon said in a sing-song voice, pirouetting like a ballerina.

‘Time for what?’ Cade asked.

‘To play, of course,’ Abaddon said. A timer appeared above the girl’s head, slowly counting down. Then, just like that, Abaddon was no longer there. Cade was alone in the room, staring into the gloom.

And just like that… The Chosen punted to The Challenger. Not a cliffhanger. You know what is going to happen. It is like the series reboots. But not in a way that you can read The Challenger without reading The Chosen. It is wholly unique (there are cliffhangers). And it is brilliant. Maybe it is just me. But I was blown away.

Two months down and the Codex hasn’t changed its tune. It is counting down until, “The Game,” begins in thirty-three days and letting Cade scream and yell without responding.

Until finally, after two months of eeking out a meager existence, which is where we find the remaining group that didn’t die at the end of the Chosen, Abaddon returns through the Codex. Rules are explained, higher access to the Codex is granted, and that can mean only one thing. Be careful what you wish for, because with more significant information given, and access to more comes the fight for earth’s existence. But, of course, Cade has a temper. Abaddon likes his fight. So, guess who gets to fight the first battle? Yeah. CADE SHUT UP.

I know that in general all authors can be cruel to their characters, both Young Adult and Adult. However, I never really got the impression that Taran Matharu was a particularly brutal author. I didn’t see him as one to go out of his way to torture characters in his books. Yes, he slaughtered half the characters at the end of The Chosen. Yes, Finch ran off with a bunch of stuff and disappeared. Ok. Now that I lay it out the facts, maybe I underestimated Matharu. Or I just didn’t want to believe it for some reason. Meanwhile, he is hanging out in the park with all the other authors after he finished The Chosen. 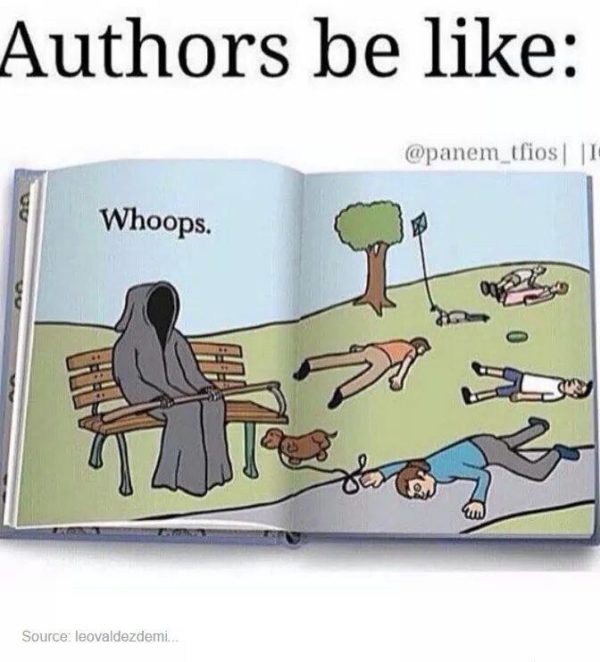 I say this because here are some (but not even close to all) of the things that Cade, Quintis, Amber, Grace, and Scott go through, on top of trying to save the planet:

Yet, STILL, Cade feels the need at one point to have this incredibly idiotic thought: 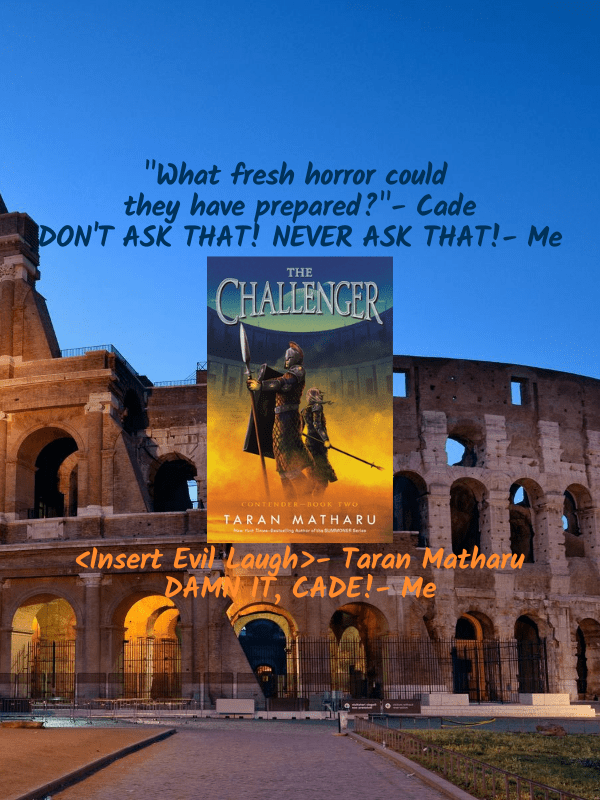 And as you can see, that caused me to yell at him, Taran Matharu, to laugh and well… you’ll have to read and find out what the fresh horror was that came next.

The action, plot, and dialogue are all there, and then some. Once the group has a vague idea that the games are coming and a structure. They begin to prepare, and the action doesn’t stop. The landscapes expand and change for the first half of the book until they land in what is to be known as “New Rome.”

Before getting to “New-Rome,” there are new landscapes to explore, including quite some time in on the sea, when they are captured by pirates and enslaved by Ishak, but we will talk more about that in a moment. Matharu brings this seascape to life as vividly as any other, so far. Ishak’s dialogue allows Matharu to put his diabolical dialogue chops on full display.

“Should you refuse me,” Ishak said, pulling him close,” I shall put out your eyes, prick your ears, ad cut out your tongue, so that none will know of your origins. You shall be left here among this human filth, your world reduced to the pull of an oar and the slops forced down your throat to keep you alive through it all.”

Ishak is not playing around. Neither is Matharu

Once you get to New Rome, the pressure is piled on (like it isn’t already). Admittedly, I’m a sucker for anything Rome inspired. There is gladius inspired, coliseum fighting. The history Matharu draws from to build New-Rome is exceptional. The supporting characters are phenomenal in their backstories and roles within our core group.

None of them are quite what they seem, and trust issues for our group run thin. However, how and who they choose to trust are often life and death decisions. Choose wisely, or things can and will get worse.

A lot of the themes from The Chosen stick around for The Challenger without becoming repetitive or preachy. This is because they are done in entirely different ways. Discussions of slavery throughout time within the group and through threats and oppression on the ship provide historical reality. Brutality is shown through the actions taken against the group, as well. Detailing wars and weapons of mass destruction through modern times to the captain is also very sobering. I imagine this will continue through the last book of the Contender Trilogy.

Again, I don’t want to talk much about New Rome because it is a fantastic piece of the story. However, know a lot of history and themes are covered with intent, research, and depth. There is one backstory that hit on a piece of history I never saw coming.

One part of New Rome that provided insight into something that I thought deserved a spotlight. There is a growing physical and mental strength that happens while training for the battles. It isn’t magic or a chosen-one thing. Matharu doesn’t use a one-sentence wrap-up to say that go straight into the battle after a month of training fit for battle.

Instead, Matharu takes the time to detail through a good portion of the book how they go from point a to point b. They eat really bland food that is nutritionally packed and have a daily routine of hard ass work. Matharu, including this process, is an excellent service to young adult and adult audiences alike. There isn’t an easy way out of being healthy and fit. You don’t often, if ever, see that properly represented.

Generally, this is the only place that some of The Challenger faltered for me, but it mostly went the right way, so I’m going to go by section.

I just felt like these characters didn’t go anywhere. They didn’t grow or fall back—they just kind of hung around. Well, I have more to say about Amber (good and Bad).

So. Here’s the thing with Cade. He did pretty much what was expected of him. Part of that is because Amber, Grace, and Scott didn’t move or grow in their arcs. I can’t say much more than that because of spoilers. The problem I have with Cade in the Challenger is that one part of his personality became repetitive and annoying fast. The “I feel sorry for myself, I need to apologize, I got everyone killed in The Chosen,” etc… (I’m paraphrasing) routine just gets old fast. If I had to hear, Amber tell him to shut the hell up one more time.

And see, I think that is part of why Amber doesn’t grow. She is too keeping Cade from drowning. Plus, there is legit no reason for Cade to do this to himself. Ok. It is fair for him to have PTSD and some time to take a station identification break after The Chosen. Absolutely. But it goes on through most of the book and just sounds whiney after awhile. From someone who suffers from it? There’s a difference. It just doesn’t work.

What I did like about Amber and Cade is that they were mature enough to understand that there were much bigger fish to fry than their crush. So, there is a teeny tiny amount devoted to their crush in the entire book. And that is very realistic.