DJ Butler has written a bang-up series with Witchy Eye. Set in an alternative American History that features a refreshing female heroine, multiple dialects, a mishmash of villains and a plethora of magic systems, Butler keeps a straight arrow plot through it all.
He discusses that among the importance of a strong civics education, how his children have inspired his work, how it does (and doesn’t) fit into the young adult category, and what advice he would give writers in this Q and A.

1) I’ve read you talk about the limitations of the education system. I spent 15 years as an ELA specialist in that system. So I hear you. I think most of your frustration centers around a lack of Financial Literacy classes. Is that correct and can you expand on this further?

Well, I happen to teach a kind of financial literacy course for adults, so that might be the gripe I articulate most often. As a university student myself, I thought there were subjects that seemed to me fundamental but that had not been required subjects in high school: economics and philosophy, in particular, which I regard as essential tools for critical thinking. At this point, looking at the idiocy that people spread on social media, and hearing some of the things my own children bring home from school (this past year I had one child each in high school, middle school, and elementary), I actually fear that our civics education has been entirely corrupted or destroyed. Related to that, I fear that our kids aren’t being taught enough respect for history. Knowledge of our past and origin and a sense of existing in a community that has an existence backward and forward in time, with obligations both to the deceased and to the unborn, seems to be replaced with a preening belief in self.
2) How can it benefit writers to see themselves as start-ups? How can they prevent themselves from running out of money and will before getting somewhere?
Every writer IS a small business, whether she knows it or not. Thinking clearly about that fact will help the writer make better decisions. On the specific point you ask, a startup usually begins with a pile of cash from investors and aims to try to find a product that it can repeatably and scaleably get to investors to generate positive cash flow before that pile is exhausted. This, translated into the world of most writers, is “don’t quit your day job.” There are other ways to arrange cash flow to sustain you while you write, of course — many are supported by a partner while they write.
Think about the startup’s other priorities. You as a beginning writer is a startup, so you are trying to 1) build a profitable product that customers will buy and 2) reach a sustainably large pool of customers through a profitable distribution channel. The way startups do this is by experimentation. You should consider experimenting with your writing, and you DEFINITELY should be experimenting with your distribution channels, trying to find cost-effective ways to reach lots of readers. A good experiment is one that fails or succeeds quickly, so that you quickly get actionable data. Writing novels does NOT mean being an employee of a publisher, it means being an inventor on the search for customers.
Another point writers should think about is metrics. Peter Drucker taught business managers long ago that whatever they regularly measured would be produced in larger quantities. So what are you measuring in your writing business, in terms of productivity? Profitability? Customer reach?
And there’s more to say, about brand, and about the responsibility of choosing good joint venture partners (every agent or publisher or editor is a joint venture partner), and so on. This is a huge subject. 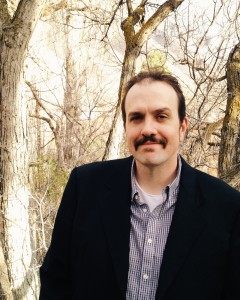 I’m a novelist living in the Rocky Mountain west. My training is in law, and I worked as a securities lawyer at a major international firm and inhouse at two multinational semiconductor manufacturers before setting up in solo practice.  I’m a consultant and corporate trainer, teaching business acumen to employees of world-class companies.
I am a lover of language and languages, a guitarist and self-recorder, and a serious reader. I am married to a powerful and clever woman (also a novelist) and we have three devious children, but they don’t appear much in this blog (they do recur with some frequency in my social media posts). This blog, with all its meandering and changes of pace, is about writing.
I have been writing fiction since 2010. I write speculative fiction (fantasy, science fiction, space opera, steampunk, cyberpunk, superhero, alternate history, dystopian fiction, horror and related genres) for all audiences. I have written and am writing novels for middle grade, young adult and adult readers. I’m published by Knopf (The Kidnap Plot), WordFire Press(City of the Saints, Rock Band Fights Evil, The Buza System), and Baen (Witchy Eye).
I was also Acquisitions Editor at WordFire, from 2016 to 2018.
I tweet: @DavidJohnButler.  I’m on Goodreads (somewhat passively), and you can reach me at [email protected]
I am represented by Deborah Warren of East/West Literary.
My writing group is the Story Monkeys: Platte Clark, Michael Dalzen, Erik Holmes and Eric Patten.  I perform semi-improvised interactive theater at sci-fi and fantasy conventions with the Space Balrogs: Holli Anderson, James Wymore, Jason King, Craig Nybo, and David J. West.
My wife Emily is also a novelist, and sometimes she and I work on projects together. Learn more about her and her writing at emilywritesbooks.com.