Good Morning! This is the first week I’m joining the Can’t Wait Wednesday/Waiting on Wednesday meme  hosted at Wishful Endings, to spotlight and discuss the books we’re excited about that we have yet to read. Generally they’re books that have yet to be released. It’s based on Waiting on Wednesday, hosted by the fabulous Jill at Breaking the Spine. If you’re continuing with WOW, feel free to link those up as well! Find out more here.

I know. It doesn’t come out until January  and was only even announced just a short while ago. But I was approved for the ARC (bless the ARC Gods, HarperTeen and Edelweiss) and although I have to sit on it for at least a couple of months (ugh…) I am too excited not to talk about it! And with that, I give you… 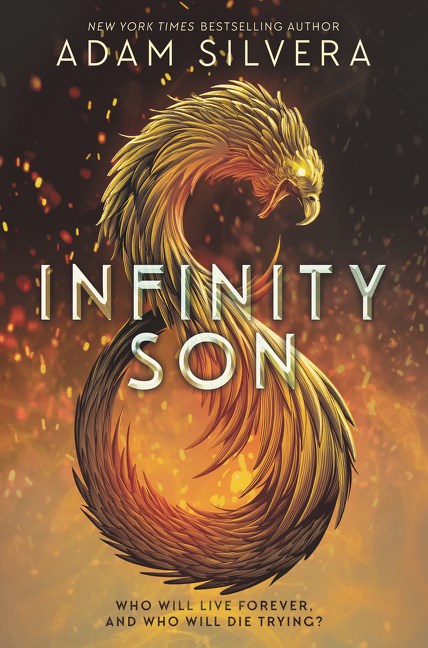 Silvera’s first fantasy novel. The first in the Infinity Cycle series. I’m not sure what I can say that is going to sway anyone to not sit on the edge of their seat for the release of Infinity Son. So I’m going to let it speak for itself… At the end is all the pre-order and good reads information provided by Adam Silvera’s Website.

Balancing epic and intensely personal stakes, bestselling author Adam Silvera’s Infinity Son is a gritty, fast-paced adventure about two brothers caught up in a magical war generations in the making.
Growing up in New York, brothers Emil and Brighton always idolized the Spell Walkers—a vigilante group sworn to rid the world of specters. While the Spell Walkers and other celestials are born with powers, specters take them, violently stealing the essence of endangered magical creatures.
Brighton wishes he had a power so he could join the fray. Emil just wants the fighting to stop. The cycle of violence has taken a toll, making it harder for anyone with a power to live peacefully and openly. In this climate of fear, a gang of specters has been growing bolder by the day.
Then, in a brawl after a protest, Emil manifests a power of his own—one that puts him right at the heart of the conflict and sets him up to be the heroic Spell Walker Brighton always wanted to be.
Brotherhood, love, and loyalty will be put to the test, and no one will escape the fight unscathed.

Pre-order a signed Infinity Son hardcover from Book Soup. To request a personalized copy, leave a note at checkout.
You can find a complete list of indie bookstores involved in the cover reveal here. Each bookstore will have signed copies of Infinity Son available.
Pre-order Infinity Son in hardcover on Amazon, Barnes & Noble, or Indie Bound.
Add Infinity Son on Goodreads.