Skip to content
In a summer of incredible Adult Psychological Thrillers, His And Hers, By Alice Feeney hits the mark and stands tall among them. It also continues in the long line of authors that are a first to me but not the world. PS. I may have cried of fear... -_-

His And Hers By Alice Feeney

If you have been paying attention, you know that when I give the summary of a book, it means, whether I loved it or hated it, it is challenging to discuss because of spoilers. Below is the summary of Alice Feeney’s latest book, His And Hers. For me, His And Hers is Alice Feeney’s first book. I know another author to add to the “I’m late to the party” list. But you know what I always say! 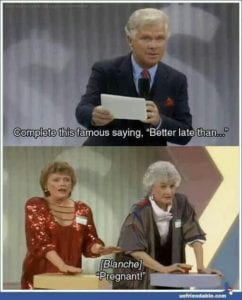 Summary Of His And Hers By Alice Feeney

There are two sides to every story: yours and mine, ours and theirs, His And Hers. Which means someone is always lying.

Anna Andrews finally has what she wants. Almost. She’s worked hard to become the main TV presenter of the BBC’s lunchtime news, putting work before friends, family, and her now ex-husband. So, when someone threatens to take her dream job away, she’ll do almost anything to keep it.

When asked to cover a murder in Blackdown—the sleepy countryside village where she grew up—Anna is reluctant to go. But when the victim turns out to be one of her childhood friends, she can’t leave. It soon becomes clear that Anna isn’t just covering the story; she’s at the heart of it. 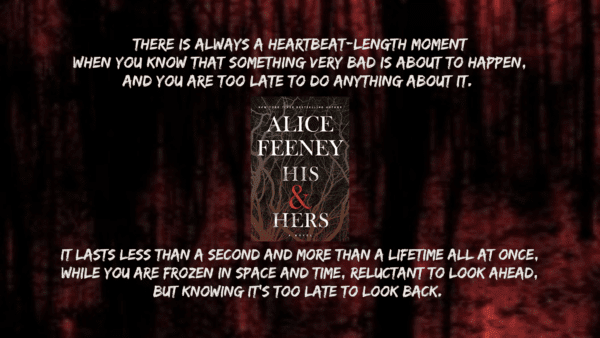 Thank you to Flatiron for an ARC in exchange for an honest review.

DCI Jack Harper left London for a reason but never thought he’d end up working in a place like Blackdown. When the body of a young woman is discovered, Jack decides not to tell anyone that he knew the victim, until he begins to realize he is a suspect in his own murder investigation.

One of them knows more than they are letting on. Someone isn’t telling the truth. Alternating between Anna’s and Jack’s points of view, His & Hers is a fast-paced, complex, and dark puzzle that will keep readers guessing until the very end.

That summary. It lies. This isn’t just about His & Hers. Oh. Wait. I didn’t tell you the most important thing yet. Sorry. I’m all over the place.

To Be Salty Or Not To Be, That Is The Question

Or in the case of me and Adult Psychological Thrillers. To be trash or not to be trash. That is the question. Ten percent into His And Hers and I was scoping out dumpsters that were big enough to hold me and the whiteboard. Apparently, I hadn’t learned my lesson from S.J. Bolton and The Split. I was going to beat Alice Feeney at her own game.

What was going to happen, is that I and the whiteboard were absolutely and without a doubt getting thrown into the dumpster for Alice Feeney. Hell, not long after that, I had realized that the dumpster fire was riding my ass down the river. Alice Feeney was taking me to church. His And Hers was unnerving, mystifying, and downright jarring.

It is also the first book I have read since I was a kid to make me walk around and check that the door, windows, and patio were locked, blinds down. Then, crawl up in a ball on the couch.

Yes. Books have put me in the fetal position but not in this way, after checking that everything was locked and shut.

This is mostly from one specific point of view. But, see, I can’t talk about that, at all. There are multiple points of view. I can say that, which brings me to what I was going to talk about, above.

Apparently There Are Multiple Sides To Every Summary

That summary. It lies. And that ain’t cool, man. This isn’t just about His And Hers. This is about a lot of people. I can’t say much more than that, but it LIES. Yeah. Ok. That’s all I can say there. Well, as I said above, there is this other point of view and it, it fucks with you. BADLY.

Want to know a secret. It almost made me cry. Not because I was sad. I was scared of that point of view. Like, I was seriously scared of it. You know we joke about the Council of the Ninja of the Magic Conjuring Cats, but they do have some emotional IQ. And at one point? I noticed that Pavel had got on top of the couch, bad hips, and all. He was watching over me.

And when has a book ever made me even come close to crying? Mainly out of fear. I DON’T DO THAT.

Yeah. I know that was quick, but there isn’t much I can say without killing it. AND I’M NOT KILLING IT. I REFUSE. 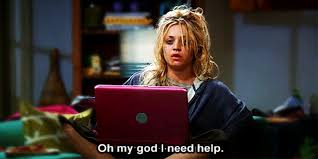 Most importantly? At the end of it all?

To you and His And Hers

You get Michale Che and Jennifer Lopez…

3 thoughts on “His And Hers By Alice Feeney Questions So Many Truths, Personalities And Lives I Pulled Out My ID To Make Sure I Was Me”