Skip to content
Rory Power's debut, Wilder Girls, hit the New York Times' Best Seller List last year, Burn Our Bodies Down, is a brilliant follow-up with all of the horror, writing craft and atmospheric creepiness, but set in a contemporary family drama that ratchets up the drama.

It happened again yesterday, but I was determined to do the thing when I woke up this morning. At 10:00 AM #1 started. I refuse to be beaten. I will write this review.

Everyone has a right to their feels. I’ve said that before. I believe this in my core. No matter the book. Right down to Six of Crows and Crooked Kingdom. I believe this wholeheartedly. I kid, I tease, but at the end of the day, everyone’s opinions are valid. That is, as long as it isn’t filled with personal attacks and hate speech, etc… (which should go without saying, but lately, I feel like I need to say it).

Why do I say this, now? Again! Glad you asked! You can hate Wilder Girls, and you can hate Burn Our Bodies Down. This is well within your rights. Your feelings and opinions are yours, and no one has a right to tell you otherwise. Here is what you can’t do <deep breath>. You can’t change the facts. Facts are facts. They are not opinions.

ARCs are ARCs, and I understand that, as well. If there was confusion between what could be formatting issues in an ARC and author intentions? While, in the context of reading Wilder Girls, what rang clear to me, might not have rung clear to others.

Lord knows there are plenty of things that ring clear to others that I’m just sitting there like… I didn’t get that at all.  So, completely understand.

What was clear to me, what I was blown away by in Wilder Girls? Was the actual intent in the conveyance of a character’s mind breaking down through the syntax, sentence structure, wordplay, and break in grammatical norms.

When reading the Wilder Girls ARC? Others saw a formatting or grammatical mess. And if that is a misunderstanding, and if you got it, but it just wasn’t what you liked? OK.

What isn’t OK? Calling out the author, editor, and publishing house as grammatically and generally speaking, inept. That is not OK. Whether you think it was a formatting blunder or it just wasn’t for you? Those are opinions that do not lead to it being OK to call the aforementioned inept. 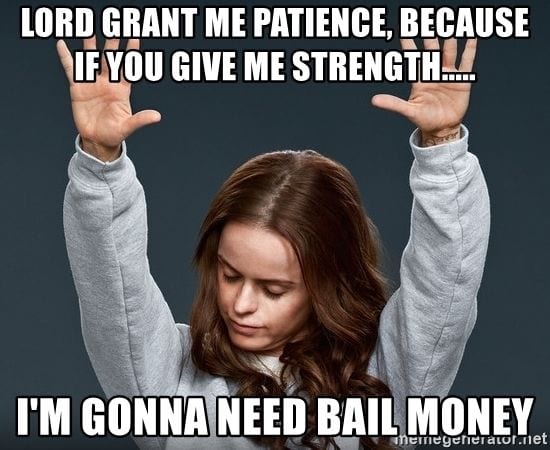 What does this have to do with Burn Our Bodies Down? Simple. Power’s ability to utilize grammar, sentence structure, and syntax is beyond compare.

It was not a fluke or lightning caught in a bottle. You don’t just get away with that ability. To break the rules and have that kind of effect on the story, you must know the rules.

An author must know precisely where they mean to end, and the literary tool(s) that will get them there. This is not haphazard. It is exact and if not wielded correctly? It would be messy and disastrous.

Use it too much, and it is overkill. Use it too little, and it seems pointless. It is a balancing act.

In Burn Our Bodies Down Power uses it to convey not just one character’s changing state of mind over time but an entire mood that hangs over past events. There is preciseness behind her choices in whether handwriting is “precise” or “jagged.”

At times when a character is trying to keep themselves in a state of calm, the punctuation is more present. When panic sets, it becomes more sporadic and non-existent.

As the character ages, it becomes more mature, dialogue between characters emerges. This gives insight to not just one character but many, as well as what was happening to an entire sequence of events.

That structure and grammar provide an entire atmospheric tone to the events and people involved. That isn’t happenstance or an accident, not two books in a row.

To ignore that as a factual piece of structural intent, whether you like that writing style or not (which, again is entirely valid either way), is to ignore a fact.

While I’m doing the broken record, here are the similarities.

Ultimately it is the differences between Wilder Girls and Burn Our Bodies Down that make the latter a far superior book. And for anyone who doesn’t know (whether through my review of it or just generally speaking), my love of Wilder Girls? That is saying quite a lot.

In the context of genres, I would imagine (imagine because I have not written a book), it is easier to generate the level of horror and disturbance created in these books when writing one more along the lines of Wilder Girls. The ball so-to-speak is in the author’s court. Everything is playing by Power’s rules. She created the island, the tox, and the rules by which it lives, infects and grows. What happens to the girls and the cascading effects are in her hands. She gets to determine these pieces. 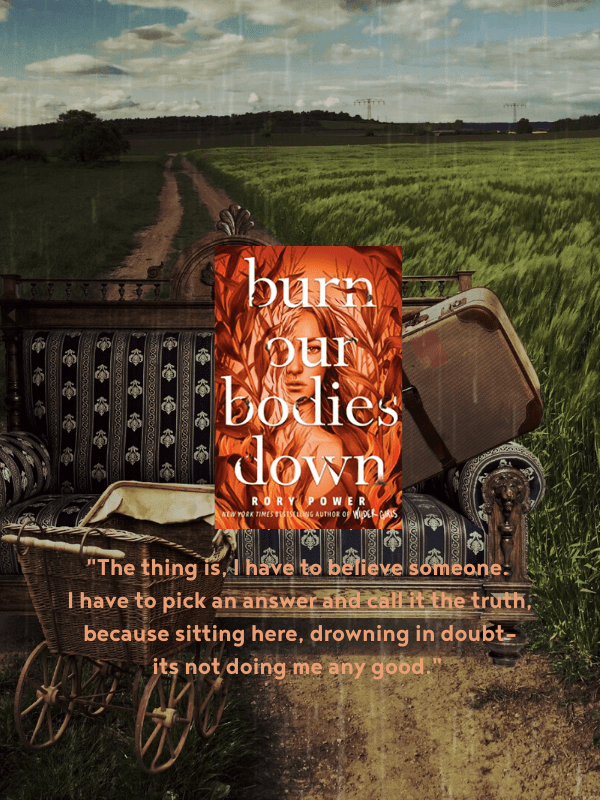 Thank you to Delacorte Press for an ARC in exchange for an honest review.

With Burn Our Bodies Down, it is not that simple. The parameters are much narrower because, in its essence, it is a contemporary family drama bending into horror. Whereas, Wilder Girls is sci-fi bending into horror. There are a lot more realistic rules in which Power has to adhere to thread the story together. Even within the horror layer of the story, it has a level of realistic possibility. For that all to work, she has to meet the real-world half-way. With Wilder Girls, it was her world to bend and twist.

This holds true for the setting as well. Critical to the atmospheric creepiness of Burn Our Bodies Down is the land surrounding Gram’s home. The cornfields and the grove are other characters in this story. While the island was of Power’s imagination, much of the cornfield and the grove had to play by the rules of nature. Yes, there is much left to her vision, as well. But again, she does have to meet mother nature, half-way, which means the horror has to have at least one foot rooted in reality.

That is a quote from Erma Bombeck, whom I started reading in like third grade. I’m surprised the librarian didn’t call child protective services. I found her hysterical. I was an intuitive child. Anyhow, at the heart of Burn Our bodies Down is a child looking for belonging. More specifically, Margot wants to belong to her family. Having grown up in a very dysfunctional relationship with her mother, Jo, she is ready to search out the family that has been kept secret from her for seventeen years.

It is during the first part of Burn Our Bodies Down that you get a feel for this dysfunctional relationship, a few clues that something is heinously wrong, and Margot is about to open a Pandora’s box that should have remained closed. Upon arriving in a small, seemingly sleepy Nebraska town where her grandmother lives, a significant event hits, and Margot knows that nothing is what it seems.

In Margot, it is easy to sympathize with a girl who wants a piece of normalcy, even if she doesn’t quite know what that looks like. An adult figure in her life that is family, in the way family should be trusted to tell you the truth, to protect and love you. At the same time, it is easy to get whiplash as you volley between who the villain is between Margot’s mother and grandmother, and who is out to protect Margot. If at all? And from what?

Power’s writing is much more laid back, at times in Burn Our Bodies Down, matching the atmosphere of long, summer Nebraska days. It almost lulls you into this nothing to see here kind of complacency. AND CRACK… Back to reality or as Margot says…

Sometimes life looks exactly the way you think it should.

And then we pass it and it doesn’t anymore.

It is in those cracks that you will want to crawl across the floor, hand to mouth, rocking back and forth, heart in your throat, stomach where your heart should be. I don’t know what Rory Power will do from here. Or what her work in the adult world will look like. But I am absolutely here for it.

Bonus points for having a main character that is just flat out single.