Skip to content
My heart wasn't in the typical Top Five Saturday. I attempted to put together some resources and thoughts to support Black Lives Matter and everything happening. I am no expert and this isn't any kind of definitive list, by an stretch of the imagination. It is something that I hope might help anyone, if only one person. If they find more fiction by African-American authors and/or non-fiction books to better understand the roots of what is happening in America, that is my only hope. If there is anything of offense or harm in this post, it is NEVER my intention and I hope you will let me know so that I may fix it, and better myself.

I wanted to participate in Amanda’s Top 5 Saturday as I try to every week but this week calls for more. I am a white woman who can’t ever begin to understand the depth of pain and anguish felt by African Americans across the country. That doesn’t excuse me from taking action to support them in their fight. Silence is complicity and I will not be complicit. I have protested, been maced and gassed during the Stockley riots in St. Louis. My career centered on bettering the education of inner-city youth for fifteen years. That is not enough. Nothing is enough until it stops. Black Lives Matter should not be just a hashtag. It is a fundamental truth. The fact that it even needs saying, should be a knife to the heart.

Every day, I am trying to think of something I can do. One day I donate money. Another day I sign a petition. Today, I am writing this list. I hope it will help others that aren’t sure what they can do. If you don’t know where to start or are afraid who to ask about learning more (because it is our job to learn- you do not put that on black people- you NEVER do that). May this list be a starting place for you to do so. 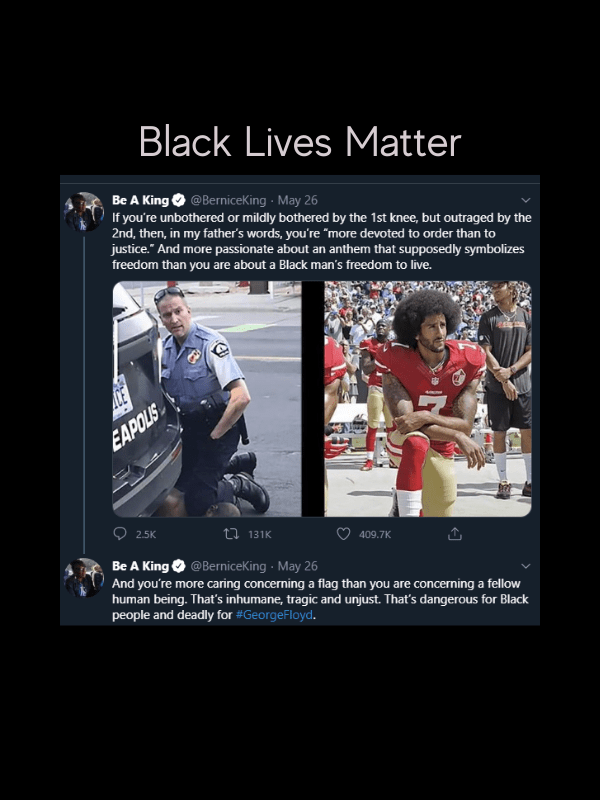 To be very clear, I am not an expert on anything, let alone the original sin of slavery and the racism that systematically destroys this country. I continue to try and learn every day. I still have my blind spots.

They are ingrained because of white privilege that I unearth through experience, through reading, through SHUTTING THE FUCK UP AND LISTENING when I know I’m surrounded by, or in a conversation, with those that know more, experience it every day and can learn from them. I do not make that conversation about me. Instead, I shut up and get out of the way and listen to them.

This is why, when I write a review on an own voice book and I either say out right that I am only reviewing the plot and leaving the own voice part to those whose lane, it belongs? Or, I just do it and don’t even put the disclaimer? I am not being a coward or ignoring, acknowledging or showing callousness towards that part of the book.

I might mention that it deals in the theme of X, Y and Z but I feel it is not my space or platform to speak on those themes. That should be left to those that live them. And it is only my place to get out of there way and let them do so.

While this list is meant to focus on non-fiction, I know how much can be learned from fiction. Beyond that we should support these writers more than ever, seek them out and understand how incredibly tough it is for them to create in a world telling them how little they are worth, and an industry that routinely demonstrates that it will allow white privilege to step on them at every opportunity.

I will say this at multiple times throughout this post. This list is not a be all and end all in any way. It is just my list. It is a starting point, if even that, please take it as such.

I also highly suggest following these women on twitter. They are a wealth of knowledge and straight-forward brutal truth. It isn’t always easy to hear or comfortable but value your verbal shocks.

New and Upcoming books to look-out for include (but not limited to):

The Year of the Witching By Alexis Henderson

The LONG-AWAITED, MERCY YES, IT IS FINALLY HERE SEQUEL TO MIRAGE, Court of Lions by Somaiya Daud

Master of Poisons by Andrea Hairston

The Mirror: Broken Wish marks the first book in an innovative four-book fairy-tale series written by Julie C. Dao, Dhonielle Clayton, Jennifer Cervantes, and L. L. McKinney, following one family over several generations, and the curse that plagues it.

A Song Below Water by Bethany Morrow

(Review from Leelynn @ Sometimes Leelynn Reads– Linking Her Review of Wraith and Run by Roseanne A. Brown, as well- Please Check out and boost her amazing site)

Again, this is a starting point. I AM NOT AN EXPERT AND THIS IS NOT MEANT TO BE A DEFINITIVE LIST OF ANY KIND.

What I do know, is that there was no way to just give a list of five books. It was not going to happen. So, what I decided to do is list two groups: authors and titles. Otherwise, I feel like multiple titles by the same authors would get lost. Some of these are education focused (but that doesn’t, in anyway, diminish their overall points) because that is my lens.

Pushout: The Criminalization of Black Girls in Schools– by Monique W. Morris

The New Jim crow: Mass Incarceration in the Age of Colorblindness by Michelle Alexander

“Why Are All The Black Kids Sitting Together in the Cafeteria?”: A Psychologist Explains the Development of Racial Identity by Beverly Daniel Tatum

The Short and Tragic Life of Robert Peace: A Brilliant Young Man Who left Newark for the Ivy League by Jeff Hobbs

The Other Wes Moore: One Name, Two Fates by Wes Moore, Tavis Smile