Skip to content
I haven't gone rogue in ages. The Sea is salty and so am I.... Books I want to chuck in the sea this Saturday.

This Saturday Top Five series was created by Amanda at Devouring Books, she has kept it going since last October, every Saturday and holy hell has it grown!!! I don’t typically tag anyone but anyone and everyone is welcome to join. Here is the schedule for May

I think we can all agree that it has been awhile since I’ve gone rogue.

Oh, wait nope… This will not contain the usual suspects. For the newcomers around here, that means:

There is one predictable and one that is probably predictable- I’ll do those first. 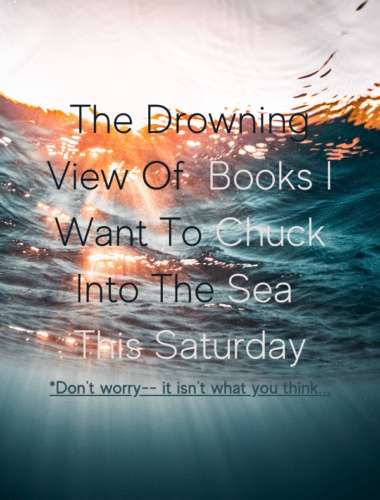 All of them already published and still to be published by whatever her name is. Also, I’m not linking anything nor will I put pictures up of this crap.Nope. Haven’t read the books. I did go see the first movie. Correction. I walked into the first movie. I’m not sure at what point I started cringing, but I know I bolted out the second there was glistening. Two rules people.

YOU DON’T FUCK WITH THE FAE.

VAMPIRES DON’T GLISTEN IN THE SUN. THEY BURST INTO FLAMES AND DIE. YOU DON’T MESS WITH VAMPIRE CANON. That is just the tip of this iceberg that is this shit show. I trust Gerard Way. Apparently at some point they wanted him to play the vampire.

Wait… let me have a second. 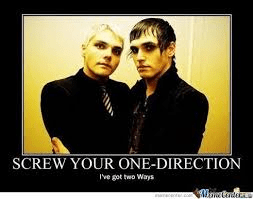 OK. To be fair. That is a rumor. A very serious rumor but no actual confirmation. There is actual confirmation and a whole backstory to MCR not giving into Warner Brother’s threats when the franchise wanted them to do a soundtrack. There’s the nail in that proverbial coffin. Not that it needed one but, if you had doubts. You shouldn’t. But if you did. 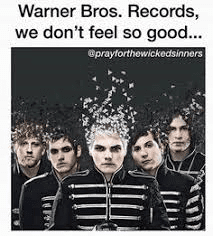 Plus, as L.L McKinney pointed out. The next time someone says that quality is quality and that is all that determines what gets chosen in the publishing industry? That ethnicity has nothing to do with it. Please look them in the eye and remind them that Twilight happened.

I feel gross just giving it space. And that is all I have to say about that.

This book made me physically ill. It is one of those books you DNF but don’t. I like skimmed the last 100 pages just to confirm what I already knew. I won’t spoil it for anyone. Let’s just say that the fact that Netflix is turning this into the movie is so reckless I would never deal with them again if not for the Umbrella Academy and Six of Crows, but they got me there.

I’m used to mental health being utilized in Adult Psychological Thrillers. It is a plot device I can live with and I’m bipolar. So, whatever. But the way it is used in this book is so incredibly wrong. There are so many layers of irresponsible, despicable and just gross that I could make a seven-layer cake and have some left over for a taco dip.

Sadly, there are many that are thrilled with this book and even think it sheds a light on mental health issues. My lens and view are just completely different. This isn’t a light. It is a bullseye at best and will give abusive husbands/boyfriends terrible ideas, at worst.

Now to be fair, I did get through the first 100 pages before I chucked it and, quite literally, googled “JK Rowling sues Cassandra Clare for plagiarism.” I was then completely and utterly dumbfounded to find absolutely nothing.

Maybe if I hadn’t seen all the Harry Potter movies, multiple times, I would have liked them. I don’t know. But 100 pages was enough to tell me exactly what this was, where it was going and that I didn’t want any part of it. It was also enough to tell me that Rowling needed to get on the ball with this lawsuit.

You know or you don’t.

Well… that is it… this post at 1000 words is the equivalent of a human salt lick…. 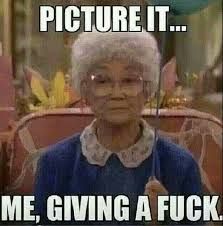 11 thoughts on “Books By The Sea? Nah. I’d Like To Discuss Books To Chunk In The Sea… It Is Salty And So Am I”