The Swap By Robyn Harding

Don’t even side-eye me when I haven’t even started the review. My mom (yes there’s a story), was an OBGYN Nurse for ten-years. As I was reading The Swap, by Robyn Harding, I came across this term “Hostile Vagina.” I called my mom and made it very clear that I was about to blind-side her with a question that was strictly because of a book I was reading, NO OTHER REASON. And so, I asked her- in all your years of nursing or as a woman, have you ever heard of a medical term or medical slang like hostile vagina?

After a long, silent, deafening pause (I could kinda almost see my mother’s face twisting into distorting grimaces), she asked me a question she has asked me about 100 times since I started this site.

“WHERE THE FUCK DO YOU FIND THESE BOOKS?” – Quote from mom, not The Swap

I’m pretty sure that started with the Girl With all the Gifts, or maybe Wilder Girls... but since then it happens a lot.

After getting past that, I reiterated my question and she quickly said no. First off, as a woman if any doctor, let alone a male doctor, ever said that to me, he would find out just how hostile my vagina, along with the rest of me could be. Secondly, as a nurse, I’m pretty sure that there is a list of things a gynecologist should never call a woman’s vagina and THAT, if it even exists (which she was sure it didn’t), has to be number one.

She then asked me, in what context of The Swap, was this coming up. And so, I told her (not a spoiler, just character context that one of the characters, Jamie, is barren). BUT, also important, because this is a great introduction to my GOD how incredible this book is because but the WRITING. Robyn Harding, man… just…

“Tests confirmed that Brian’s sperm were swift and healthy, but I had a hostile vagina. That’s the term my (male) doctor used to describe the bacteria in my cervical mucus that was attacking Brian’s sperm. My husband’s healthy, well-intentioned swimmers were being murdered by the evil guardians of my barren womb. I envisioned a horror-movie scenario where stalwart explorers were taken out by a giant vulva with snapping shark teeth.”

It was at this point that my mom LOST IT. I’m summarizing but she was basically Colin Jost.

So, you are telling me on top of the fact that this doctor was telling this woman the worst possible news a woman can hear? He called her vagina hostile.

And she just took it?

I’m not done reading. But apparently.

What has happened since then?

“WHERE THE FUCK DO YOU FIND THESE BOOKS?”

Susan. When you are done. I want you to google Hostile Vagina and tell me what you find.

For the record I did google and to mom and my great shock? Hostile Uterus isn’t just medical slang. It is a medical TERM. If you would like to read more about it, here is one of many places to do so: They Said I Had A Hostile Uterus – I’m Sorry, WHAT?! Mom and I still agree this is dangerous territory for any male doctor to tread and he should choose his words much more carefully.

In fact, this book and what happens with Jamie is a really good example of why. Hell, just the quote above and what thoughts went through her mind when her vagina was called hostile, is a good reason why because fiction or not, I can fathom a guess that most women’s thoughts would go that way. 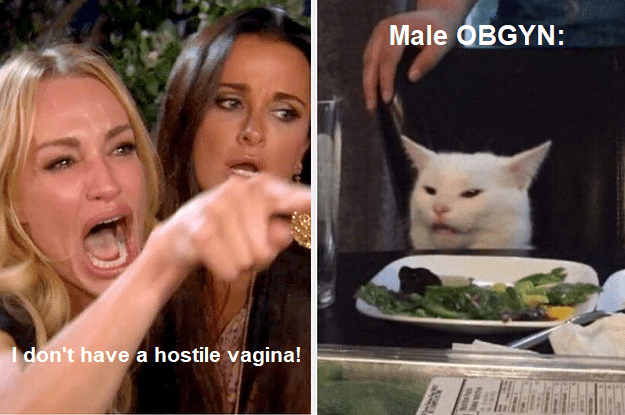 Updated to add review link for Hank Phillippi Ryan’s The First To Lie and Megan Goldin’s The Night Swim because this summer?

So, here’s the thing. You have:

When these five parties collide with some psychedelic mushrooms? on an island off the coast of Seattle? Christ on a Crouton (I just stole that off someone on Twitter, but I don’t remember who, sorry), let the good times roll. Well that is until the ugly comes out and then it is every man, woman, and child for themselves. 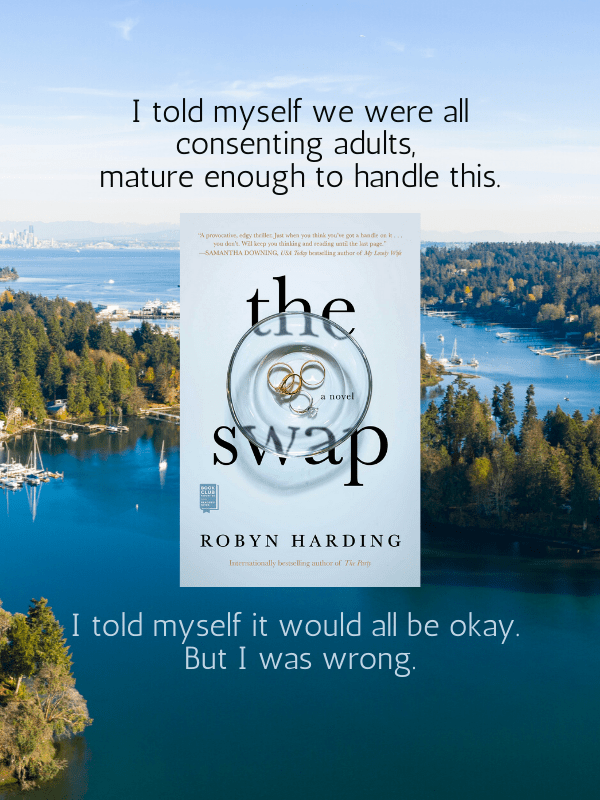 Albeit, the advice is way late, but still. Let this be a cautionary tale for everyone else, as we enter a summer that is going God knows where, with a quickness. People may want to have some extra nookie this summer before a pandemic, cannibal rats, murder hornets, the return of Ebola (good ol’ nostalgia) the military, or whatever pops up tomorrow gets you. With that in mind. Drugs or sober, hostile vagina or low sperm count, age 18 or 88, just in case?

Why? Glad you asked. People are jealous, possessive creatures by nature. Not all of them. Low’s parents, for example are able to authentically have their cake and eat it, too. Most people are not capable of that kind of maturity. As demonstrated in an early exchange between Low and Freya:

“<Freya’s> parents cheated on each other constantly,” she continued, “And they’d get so fucking jealous.” Once… my mom tried to run my dad’s mistress down with her car… She missed her, thank God. Drove into the side of a restaurant… You’re lucky that your parents are mature enough, and self-confident enough to have sex without all the possessiveness and ego.”

She had a point. The free-loving adults in <Low’s> life never tried to run each other over. So, I said, “I guess.”

Now you would think that Freya’s knowledge and understanding of what happened with her own parents, might give her some insights of the treacherous ground that is covered when committed adults, attempt to navigate non-monogamous territory. 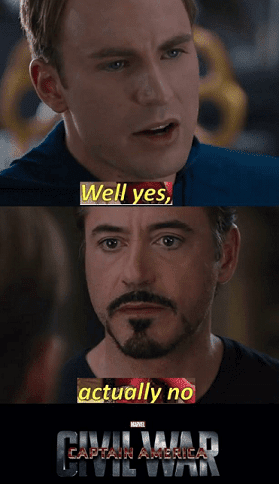 And War It Is!

Now about this point you might be wondering, isn’t that a strange conversation for an adult, to have with a teenager? Yes. Yes, it is and that brings me to my second piece of advice.

Don’t tell your secrets to an angsty teenager. Especially one that is a loner that you recently rejected for the other adult involved in said secret. I’ll break that down in a minute. Right now, let’s stick to the advice. First of all, Low is a teenager that is lacking friends her own age. She has, like everyone else in The Swap, been charmed, dazzled and outright fallen under the spell of Freya. So, when Freya and Jamie meet, and become fast friends, Low doesn’t just feel left-out. Oh no. It is much worst.

Bitch. She was possessive of Freya. Already. But I had known Freya longer, I knew her better. I had saved her from loneliness and depression… the night when we drank red wine and smoked a joint together, she hadn’t even mentioned Jamie… After they left the store together, I returned to my dusting, picking up one of Freya’s bud vases. It was a simple design… It was exquisite. And then, somehow, it was on the floor, smashed into five clean pieces. Oops.

The thing is that while Freya couldn’t have seen Low’s underlying issues, at first. If Freya wasn’t a two-bit narcissistic witch who used everyone for attention and then spit them back out when something better came along. She would have known better than to have red wine and pot with a teenager, that is about half her age. She wouldn’t have developed such an inappropriate relationship, to begin with. Instead, pushing Low to build her self-esteem and relationships with her peers.

Instead, she spills her guts to Low about a big secret that involves… JAMIE. So, when Freya inevitably has had enough of Jamie and Low wants to twist the blade in Jamie’s heart, let’s the secret slip. Because teenagers can be so cruel. To quote Low, “Oops.”

There isn’t any videotape, I just like the way it sounded. So now we have these four adults and one inappropriately involved teenager. As Jamie and Freya grow closer, because of course they do. Freya is an influencer of the highest levels.

Well. Wait. That is, she was, until her husband killed another player on the ice when he crosschecked him on the ice, cracking his neck. Before you roll your eyes. This happens. Too often. It is a completely realistic situation. Unfortunately. Why we had to drag the LA Kings into it, I don’t know, other than I’m pretty sure Robyn Harding is from Vancouver. She must still be smarting over being swept out of the playoffs by an eighth-place team a few years ago and decided to include them in The Swap. But what do I know? 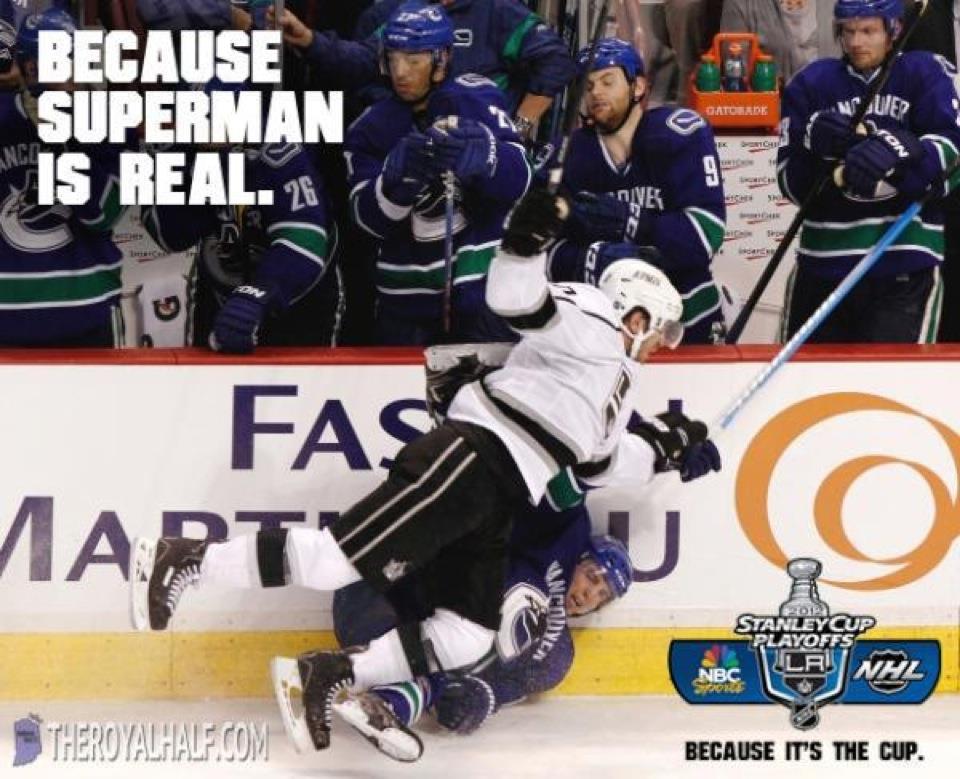 Moving on. So now, she is stuck on this island off the coast of Seattle, rather than in fabulous Los Angeles. She had to quit her social media career and basically run and hide with Max. She’s depressed and alone until she meets Low, who she then dumps for Jamie. Freya tries to cheer up Jamie up by inviting her and Brian over for a fun night of mushrooms. Well. One thing leads to another and the wrong people end up in the wrong beds. One woman has a hostile vagina, the other never wanted a baby, at all. Neither sleep with their husband (and that’s not a spoiler because – the title) and they don’t take my sage advice. None of my sage advice.

So, do the baby math and throw in Low as the wildcard. She knows all the dirty secrets. And let me tell you. This. This swap, this baby math? This, mushroom induced swinging? This hostile vagina? That’s the smoke. It isn’t the fire. And it sure as hell isn’t the cascading fall of dominoes that comes from the first tipped domino, and the multitude of fires lurking behind the smoke.

You can’t and you won’t. Beyond what I’ve told you about the characters and the plot in The Swap? There isn’t anything else I can tell you in specifics. To wrap-up though, I would like to give you a general idea of what to expect.

I was completely blindsided about how good this book was. I thought it might be a woman’s literary book and kinda went in worried. OH HELL NO.

8 thoughts on “When You Have To Google “Hostile Vagina,” There’s A There, There- The Swap By Robyn Harding- Releases 6/23”