Skip to content
June Hur's debut Silence of Bones is a beautifully painted walk through 1800's (Joseon) Korea that tackles themes of inequality with a kick-ass female heroin. It also fights through a confusing, predictable mystery because there is just SO MUCH BOOK IN THIS BOOK (not in a good way). But many loved this one, so YMMV

Just Put Away The Saltshakers

It isn’t like that, at all. There are quite a few things I really liked about June Hur’s debut Silence of Bones. I’m not about to go salty on this book at all. Having said that, while there are elements about it that I really enjoyed? There were other arts that left me either completely confused or were utterly predictable. I would almost rather outright hate it because I feel like a really fantastic half of book was wasted. But such is life and as I stated recently, all things considered? Overall, backlists and ARCs included? I’ve been one lucky son of a bitch. I’ve had mostly, some fantastic reads.

Upfront disclaimer, I have always been a fan of fictional “time-period,” cultural books, as well as alternative history. Part of why I wanted to read Silence of Bones is because I hadn’t read one set in 1800’s (Joseon) Korea. While I absolutely do not claim any expertise on the time period or culture, from all indications I’ve seen (and yes, in this instance I did look around at reviews because I know that this is not my lane or expertise), Hur did an incredible job building the world.

It truly came alive whether they were around the capital, in dense forests or rushing rivers. Hur utilized every aspect of the culture at that time to bring the world’s identity to life, as well. She did not shy away from how horrifically servants were treated, punished, and manipulated. Physical violence and torture were described in devastating detail. This was never done in a way to just bring shock value to the story, but to engross the reader into what that time and place was like for both the high-borne and those they stepped on without mercy, every day.

Internal and external strife also brought deep rooted mistrust of … well just about everyone. It was so entranced in society that it was rotted just about everything and everyone. To leave out either the internal enemies and only focus on those coming from the west, or only focus on the internal enemies and not those of the west, would have left a gaping hole in not just the story, but the characters motives and emotions.

Hur masterfully takes each piece of the above and blends them together to provide a complete, complex, and dynamic picture of this period of Korean history.

Along with classism, Hur wasn’t afraid to stick a kick-ass female hero into this time period. Is it realistic for the time period? You could argue the point except this is fiction and that kind of is the point, in my opinion. I’d rather say Hur wrote a dynamic, realistic female character that was far from perfect, but strong enough to keep going throughout her imperfections. 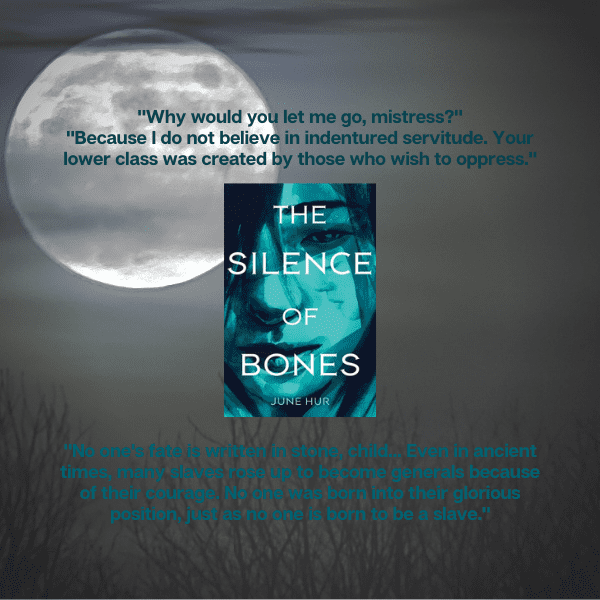 Thank you to Feiwel & Friends for an ARC in exchange for an honest review.

They got her into some real shit-shows at time, but she didn’t let it stop her. Her self-dialogue was pretty spectacular at times. Whether talking herself out of fear, through the idea of keep on, keeping on or how to get herself out of hopeless situation? Hur gave us a female heroine who earned the respect of many that would normally not give a branded girl the time of day. One that in her imperfections, was easy to root for, in a time period when there shouldn’t have been any, at all.

See. Here in lies the problem. Or part of it, at least. The mystery is well a mystery. And then it isn’t. On one hand it is a convoluted, complicated, confusing, what the mess…. mess. Then on the other hand? What I could understand? Was completely predictable. I know. That doesn’t really make much sense. How can something that is completely confusing also be completely predictable? Let me try to explain.

There were parts of the plot that I could easily see coming (of course this will stay general for the sake of spoilers).

Then there was the confusion.

Oh for those that haven’t seen it (even if you have, you can’t watch it enough)…

Every time I thought I had a grasp on what was happening beyond the utter predictability of the above. Hur dropped new characters and plot angles into the story. OR even better, both, AT ONCE. And then the other part that I was just reading about was, poof, snapped like at the end of Infinity War. The attempts to tie it together at the end didn’t seem at all worth it. The pay-off wasn’t nearly enough. I either knew what it was coming or was just like… meh… OR had to go back and reread to figure out what that specific reveal even meant to the story.

The Conflict Is High With This One

There are some real high points with the world-building, themes and the lead character. It is with the mystery side of the story that Silence of Bones falls apart. It is a shame because this book had such huge potential for me. I was really looking forward to it. And while I didn’t hate it? I almost feel more empty being in this in-between grey world where I can’t make heads or tails of how I feel. YMMV…