Skip to content
No one, least of I, expected Aurora Rising to be my first Kristoff review, not to discount Ms. Kaufman. However, an ARC of Aurora Burning became available to me and so here it goes.

Not to discount Ms. Kaufman’s contribution, of course but lord knows how everyone is harping on me to break the barrier into Jay Kristoff land. Fair game. And let me say upfront that my deviation into Aurora Rising (Aurora Cycle #1) has absolutely nothing to do with any dislike for Nevernight. I have only just started it, but so far, I am enjoying it. So, while I know many were expecting this review to be a review of Nevernight and then plowing straight to book two? Let me explain. An unexpected thing has happened. Wait…. let me ask the King of Wakanda a favor and then explain… 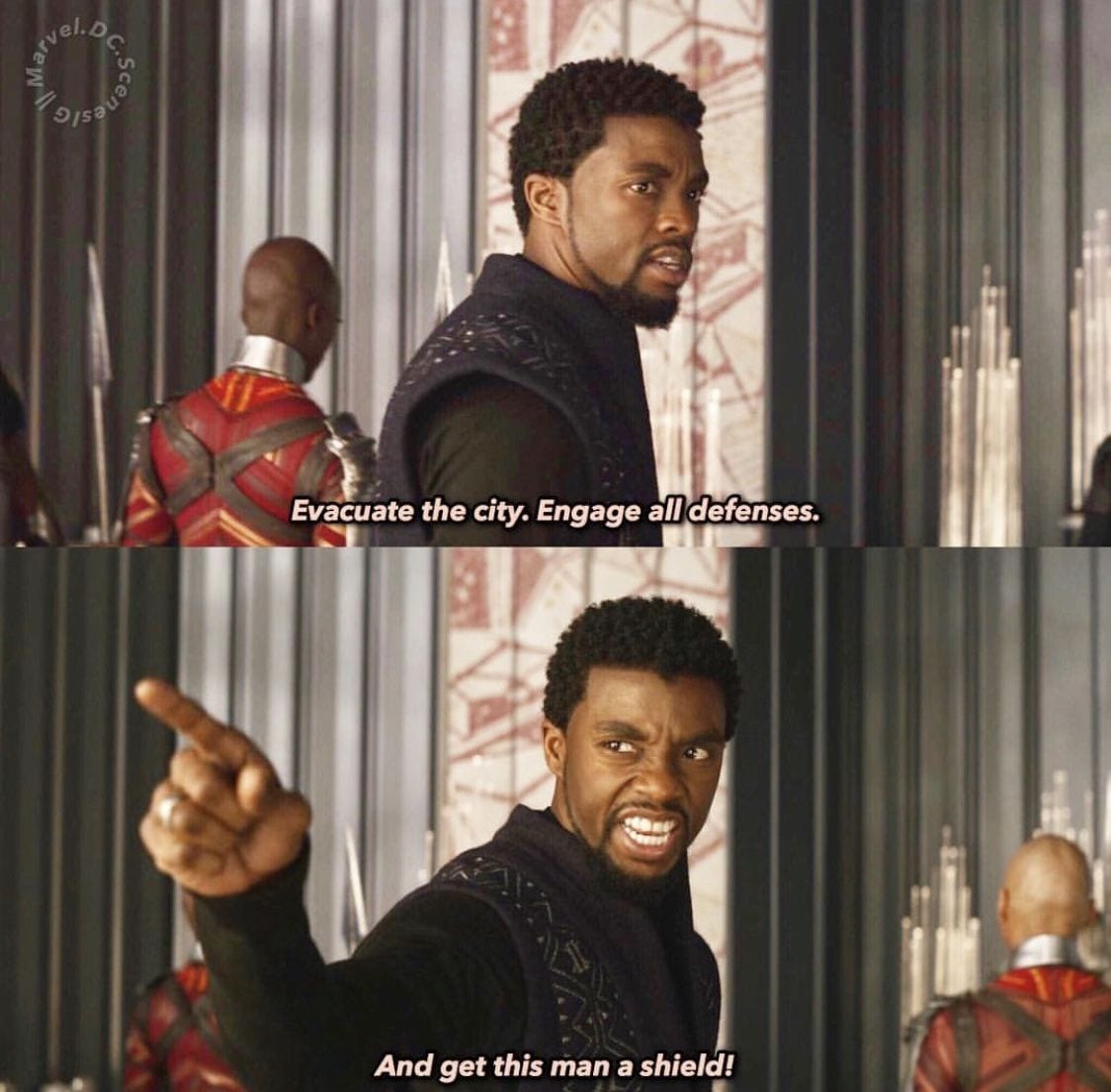 Ok. Now that I have some protection. I funny thing happened. This happened:

To be honest, I sat on whether or not to download the ARC of Aurora Burning (Aurora Cycle #2) for a few days. One, I didn’t want to overload May and two I hadn’t read Aurora Rising and three, I had just started Nevernight. So, I thought, ok I’ll read Aurora Rising and if I like it, I’ll download Aurora Burning. And here we are. Now remember. I have the full strength of Wakanda behind me. So no sending Thanos after me. I only say this because it is my understanding that this a kind of difficult ARC to get a hold of, maybe that isn’t the case, but this is what I’ve been told. And if it makes anyone feel better, I’m pretty sure it is my little book-selling side gig that brought it to me.

I also consulted a couple of well-read friends who knew my tastes well-enough and they felt I would enjoy Aurora Rising.

I know, I know. But, if anyone is still reading and cares… that is how this post happened.

This is my first review of a back list title. I didn’t fully review Girls With Sharp Sticks (although I did blow up twitter and Goodreads while reading it. Since Girls with Razor Hearts, was coming out on 3/17, I just put them together. This is new territory for me. I never fully reviewed titles like Six of Crows, etc. Yes I’ve done rereads of Gilded Wolves and a couple of other titles, per se. But somehow, that felt different. Aurora Rising, has over 4500 reviews on Goodreads. Yes, of course I’ve been on its Goodreads page. My lord, it has been on my TBR for I don’t know how freaking long. It has also been on tags etc.

Point being I’m not sure what I can say that hasn’t been said so you’ll have to forgive anything that is, well repetitive. I’m not sure how I can get around it not being so. But I will give it my best. It is fun to say – this is not an ARC provided by the publisher! That is new. Anyway, I ask for patience as I give this new kind of review a spin. Hopefully I will get better at it, over time.

Well It Isn’t Nevernight, Is It?

That was my first impression off the bat. I mean I’m not far into Nevernight. But it doesn’t take much to figure that out. It took me all of a couple chapters of Nevernight before I wanted to know how sensitive Kristoff was to being tagged on Twitter because

And I don’t mean that as a slight but literally as in– talk about one way to lose your virginity- screw him, kill him and boom that’s one way to kick off a book and than flash back to your dad’s hanging and whispering and HELLO! Only thing left is are we just gonna keep up the breakneck pace, find a sixth gear, or disappointingly come to a screeching halt and slowdown to a snail’s pace? If the former I might need a klonopin just to get through it, if the latter? I might cry.

So while, yes the cover of Aurora Rising told me off the bat that, yes this was not to be confused, in tone or content with Nevernight, I definitely wasn’t expecting such a lighthearted romp. Not that, that is a bad thing. Not at all. Just wasn’t expecting it. And maybe that is Kaufman’s touch? I haven’t gone anywhere near the Iluminae series, so can’t speak to it. Balance is a good thing and in the middle of other titles I’m reading and the world outside causing panic attacks on a daily basis, let’s roll.

I will admit that I had some hesitations on this piece. I am a Six of Crows lunatic with Kaz on my license plate. And Ty is like the Antichrist of Kaz. Truthfully the whole squad is prett much the antichrist of the dregs. Well, I mean, yes they aren’t the ones anyone would pick, outside of Cat but they aren’t gang members etc… So the squeaky clean Ty that has his dimples mentioned every five minutes, along with his non-drinking, non-swearing behavior, was a bit cringey. I kept waiting for Iron Man to show-up…

Although maybe that is what saved Ty for me, in the end. He suddenly became Captain America. That I can handle. Plus his relationship with his sister, Scarlett was exactly as it should have been. I was always rooting for them, no matter what.

Speaking of which, the first one sentence chapter Zila had knocked me straight off my seat. Those were so perfect and unique, I couldn’t have done them better. Never change Zila. Never change.

Cat. I liked Cat a lot.  And well. Didn’t I feel like shit? Yeah. I did. So scratch everything I just said, there.

Auri. On one hand I really wish Auri had played out very different. Because if I was Auri? I wouldn’t trust damn anyone. Hell I know my entire history and I don’t trust anyone, now. The world hasn’t given me much reason to trust anyone. If I had two hundred years of unknown? I definitely wouldn’t trust anyone. So I kind of wanted her to tell everyone to back off, including this group she ends up stowing away with. On the other hand, she’s stuck with them. I’m not sure if there is any pleasing anyone here but maybe a balance of her not choosing who to choose quite so quickly?

Kal. While the most predictable of the bunch. I mean from the first interaction with Ty, you have to know he’s A) going to be apart of the squad, B) a thorn in the side of everyone until C) he proves to be completely invaluable. I didn’t see the twist off unimaginable loss with his people that occurs. Nor did I particularly care for what happens towards the end of the book, but I’m sure that is a me thing. So I’ll leave that be. 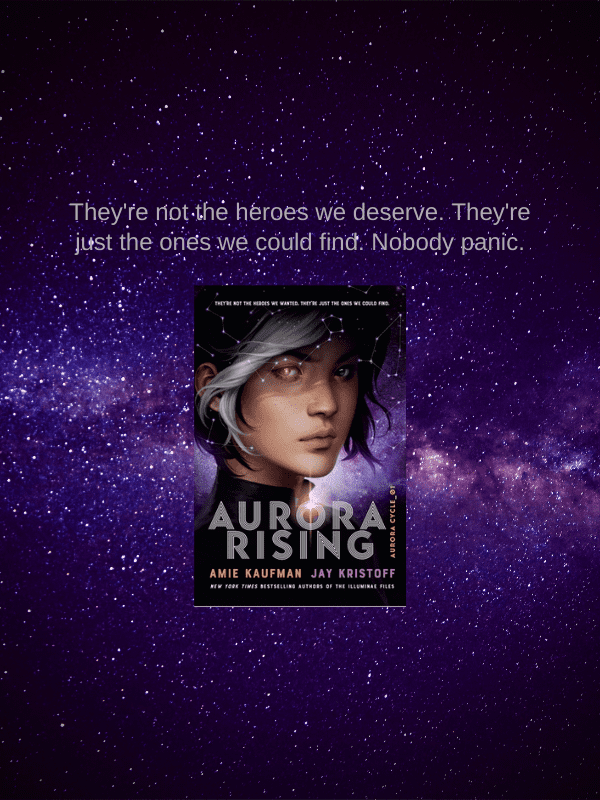 As a whole, their arc is about what you would expect from this kind of book. They start off very rocky. You throw in Auri and it becomes even more volatile. To say they don’t agree on how to handle her and the situation surrounding her would be an understatement. Throw in some obstacles, their lives being threatened and unifying high-stakes circumstances and they come together.

It Is All Fun And Games Until Plants Spawn

There are rules I have. You know. Like don’t mess with the fae. I am starting a new one. Don’t screw with botanic- anything. I’m going to write a post about this when I’m back in my blogging groove. Because it has become a trend, lately. Nature going bizerk, plants taking over, nature becoming toxic… and I’m not even talking about the real world. It is a thing. And I just may never visit another botanical gardens again… like, ever. But I’m getting ahead of myself.

As the squad gets more tight knit, so does the banter. Again, Fin? By far my favorite. But all the chemistry and wit is really well done. Also, individually, their skills become more evened-out. In other words, while Ty is the leader? He starts to defer more to each of them. At one point, he says to Zila- you are my brains. So it isn’t all Ty, all the time. That makes them truly a team. They grow into their skills both within themselves, and their place within the team and that makes it much more dynamic.

The above is brought about by many pieces that occur throughout the book. Highlights for me? The masquerade party heist and the whole freak of nature in the jungle that they battle? Enjoyed both a lot. Also, the whole star-wars like intergalactic space battle? It really brings you write into the action. I felt like I was in the pit with them. When Auri thought she was going to throw up? So did I.

Then it got really creepy really fast. The whole plant and spawn spore thing. Yeah. Ok. That came out of nowhere. Like yeah I didn’t see that coming at all. I mean obviously there was something being hidden. I didn’t know what. Maybe some technological advancement or hidden colony that was being tortured or something. I didn’t know what. But the whole creepiness that was down there. I don’t want to say too much but I’m just saying there is a creep fest overload of epic proportions that, considering the fun joyride of the first 2/3rds of Aurora Rising? Just not at all what I expected. And I was there for it. I mean I was completely like WHAT EVERY LOVING VENUS FLYTRAP ON STEROIDS IS THIS PLANET OF THE APES but I was completely there for it.

I don’t understand it at all. I mean most know I’m not a cover person as far as it making me want to or not want to read a book. So that isn’t what I mean. I mean, that now that I’ve read Aurora Rising? I have know clue why Kal is on the cover of Aurora Burning. But I guess we will find out…

Now, back to Nevernight!