Skip to content
Witches of Ash and Ruin by E. Latimer strikes a balance between exhilarating witchery and social themes

Year Of Witches And Vampires

What? You didn’t know? Now you know. It is the year of witches and vampires. They are back! This year is promising all the witchery and bitey. And I’m here for it. If Witches of Ash and Ruin is any sign? It looks like it will be a very good year, indeed.

Latimer doesn’t stop there, though. Latimer doesn’t just bring important themes to the table. She explores them without fear, but with thoughtfulness and honesty.

Never does the heaviness of these themes take away from a book boasting the thrill of witches, gods, black magic and witch hunters.

Can’t Have Witches Without Magic

The magic system wasn’t just …like… here… witches. Latimer had her own spin on how their magic worked and provided an explanation The lines that separated black magic was especially well thought out and gave readers something to reflect on. It wasn’t always so simple- black magic being evil. Doing what was stigmatized as wrong, deemed evil by the majority- could it sometimes be the only way to do what ultimately had to be done?

There were somethings I could see coming, it was almost like Latimer set them up as false sense of security so that I would be doubly blindsided by those things I definitely DID NOT see coming. Sometimes because of a couple of boneheaded decisions by the characters. Without spoiling the ending, I will say this. I’m not sure of what to make about a lot of questions left unanswered and what may or may not have happened to a couple of characters? This isn’t set-up (in the blurb or publisher given description) as a series. Yet it most certainly could-should-be? And yet I don’t believe that it is? There is something way off in that regard. Otherwise everything is brilliantly done.

The Rest of the Story… I Think?

Take all the above, and it is not only within the plot but often it provides a depth to characters you normally don’t find in more plot driven stories. There are six points of view that are well defined and have a unique voice. If I had one point to nitpick as far as the characters (and it is a nitpick)?Beyond the points of view, there were more characters that it took a bit to sort out. However, once I did, it was off to the races. Latimer pulls it all together a special finesse to her storytelling. 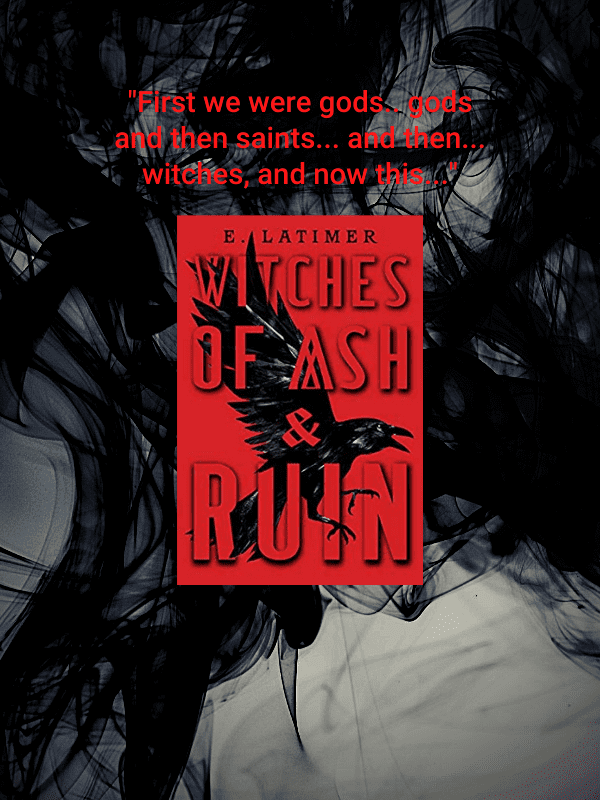 Not only does it provide depth to the characters, but to the world-building. Her ability to suck readers into the serenity of the farmhouse groves that house the coven, to the grotesque scenery where horrors occur is stunning.  It is truly the utilization of these themes that provide identifying aspects for the world that inhabit the people, places and time in which the story takes place.

As I stated before, although it is pitched as a stand-alone, I can’t help but wonder if it was edited to go either way. I truly do hope that Witches of Ash and Ruin is the first book in a series. It will make it an even better book than I already felt it to be.

9 thoughts on “Witches Of Ash And Ruin By E. Latimer Releases 3/3, Ushering In The Year Of Witches And Vampires”