Today, I have the honor of kicking off the blog tour for The Golden Key by Marian Womack. When offered the opportunity to have Womack write a guest post, I was completely thrilled! The post is incredibly fun and unique. She was challenged to consider what actors she would want to play the characters in The Golden Key, which releases tomorrow, February 18th, via Titan Books.

The link for Goodreads is at the beginning of this post. After which, you will find a summary of this Goth mystery, links for buying it, as well as Womack’s bio, and contact information.

Make sure to check out the entire blog tour! 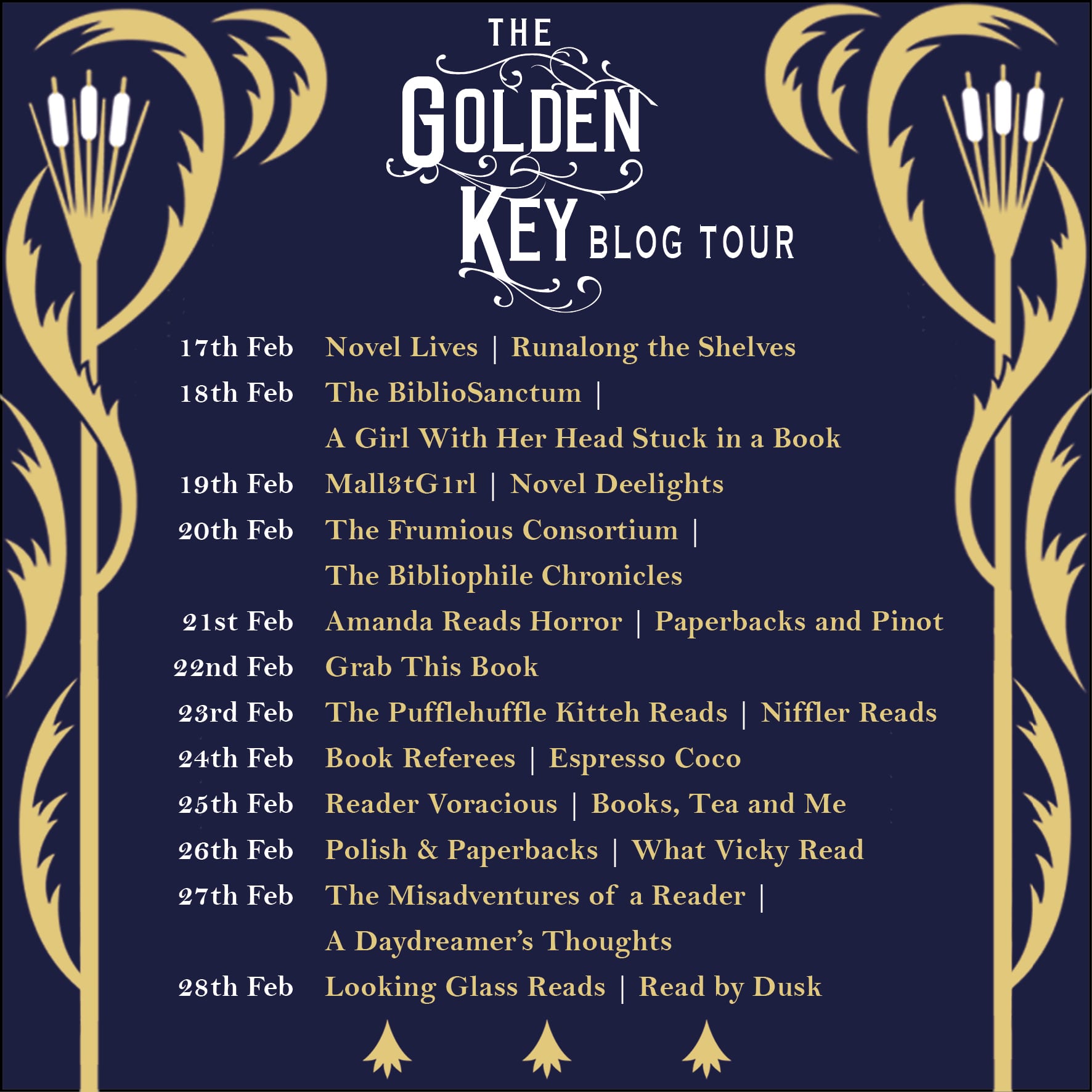 The Golden Key is a novel exploring gothic fin de siècle London, and the eerie landscapes of Norfolk, through the investigations of Helena Walton-Cisneros, a medium and detective who faces up to the patriarchal world of the Spiritualist community, and of society at large. It is a novel that has been very long in the making.

Its first iteration was as a short story I wrote during my summer at the Clarion workshop in San Diego in 2014. I find it difficult to talk about my writing process, as every time I start writing a story I feel as if I am doing it for the first time, but I know that some writers cannot put a word down if they do not have an image in their head of what their main characters look like. As a writer, I adore the unfixed; hence, I do not particularly want to have a very well formed image of my characters. In my novel, Eliza’s unruly mop of blonde, curly hair was a very late addition. But now the novel is finished and about to be published, and the questions that I am getting about the book are a little different. A surprising number of people have asked who I would like to play my characters, and I have to admit it is a fun game, and I do like games. So here goes!

Helena Walton-Cisneros = Eva Green. It would have to be her, without a shadow of a doubt. I cannot deny it: Helena has a bit of Eva’s savvy, intelligent Vesper in Casino Royale about her, as well as a bit of the darkness and mystery of Vanessa in Penny Dreadful – one of my favorite series, and a great source of inspiration for The Golden Key. 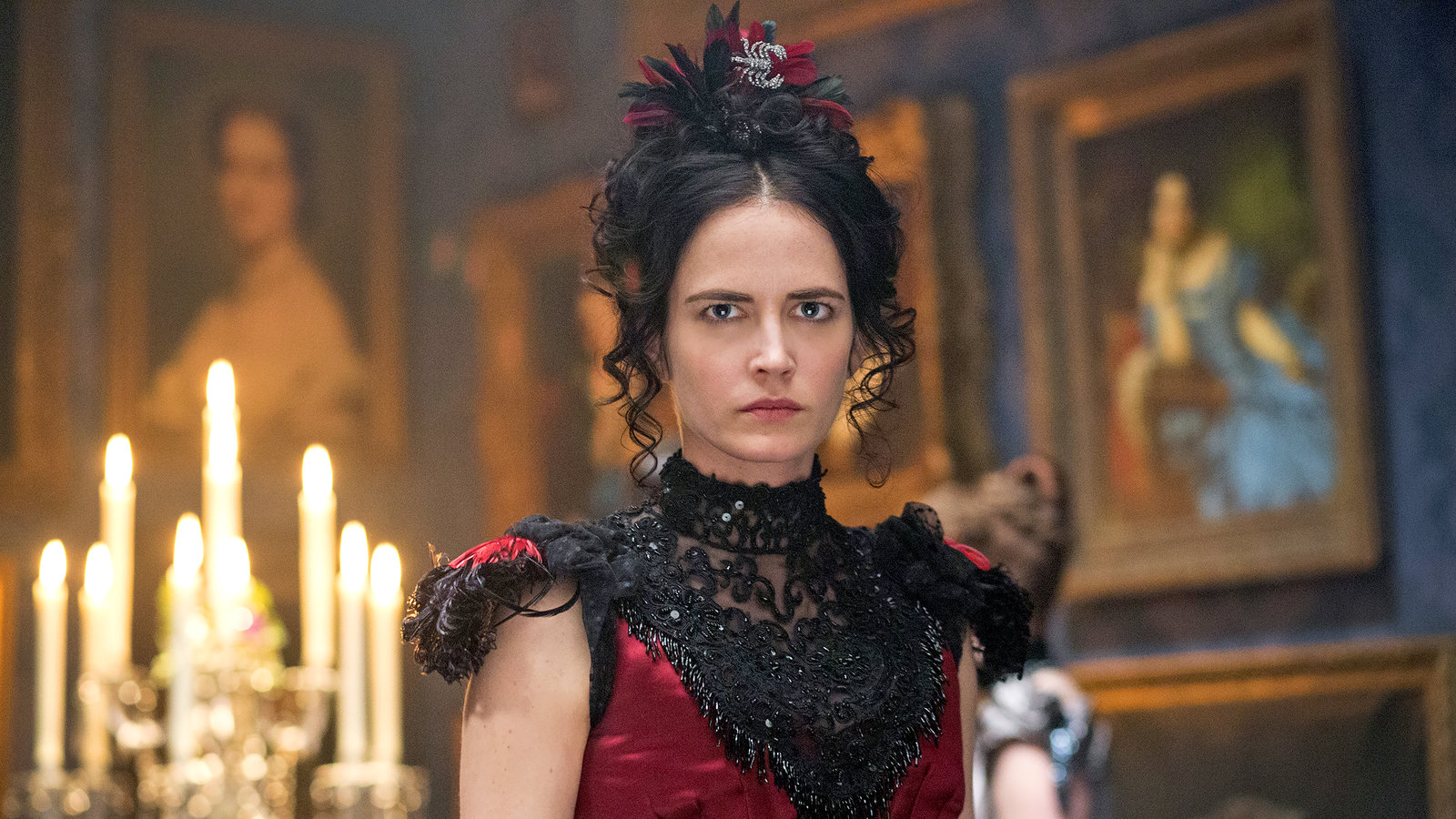 Eliza Waltraud = Florence Pugh. I am a big fun of Florence Pugh – who isn’t? She is the perfect actress, combining almost better than anyone else making films at the moment the notions of strength and intelligence with an underlying fragility that it is perfect for Eliza, who is an intelligent woman, worried about the world around her, but also going through some difficult personal circumstances. Florence also conveys the right kind of energy for a character whom we see traversing the countryside, walking long distances with her scientific equipment, and prodding her curious nose into places where there might be something odd going on. 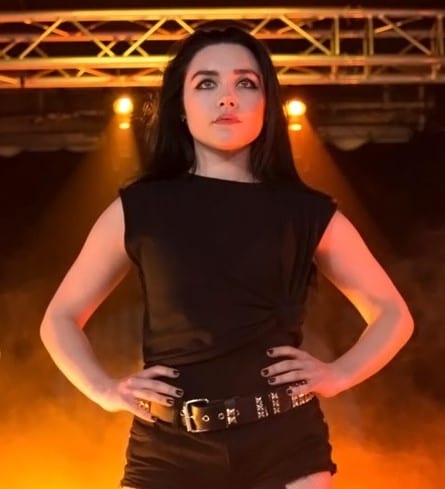 Samuel Moncrieff = Tom Hardy. Although he is a bit older than the character himself, Sam had always been in my head as being a bit like James Delaney, the character Tom Hardy plays in Taboo, but a notch or two down in intensity, perhaps!

Madame Florence = Emily Blunt. Wit, sophistication, intelligence, beauty, and an almost preternatural youthfulness … Emily Blunt is an actress that can convey all of this by raising an eyebrow. I have been in awe of her acting since The Devil Wears Prada, but have always wished that she would find more mysterious characters to play, like she did in her first big movie, My Summer of Love. Perhaps the Spiritualist Madame Florence would be a good choice for her. 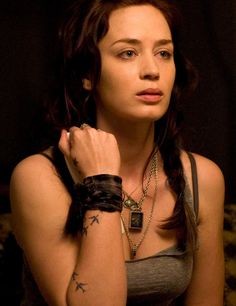 Miss Collins = Lydia West. Ever since I watched the series last year, I haven’t been able to get the character of Bethany from Years and Years out of my head, and this is no small feat, considering the amazing ensemble cast of the series. But West’s Bethany was a cut above. She alone made the new, scary world of the near future believable with her performance. Miss Collins also needs to be played by someone young enough to make believable her disconnection with Madame Florence’s past. I would love to see Lydia West in this role; I am sure she would bring layers of meaning to the character that I myself have not yet figured out are there! 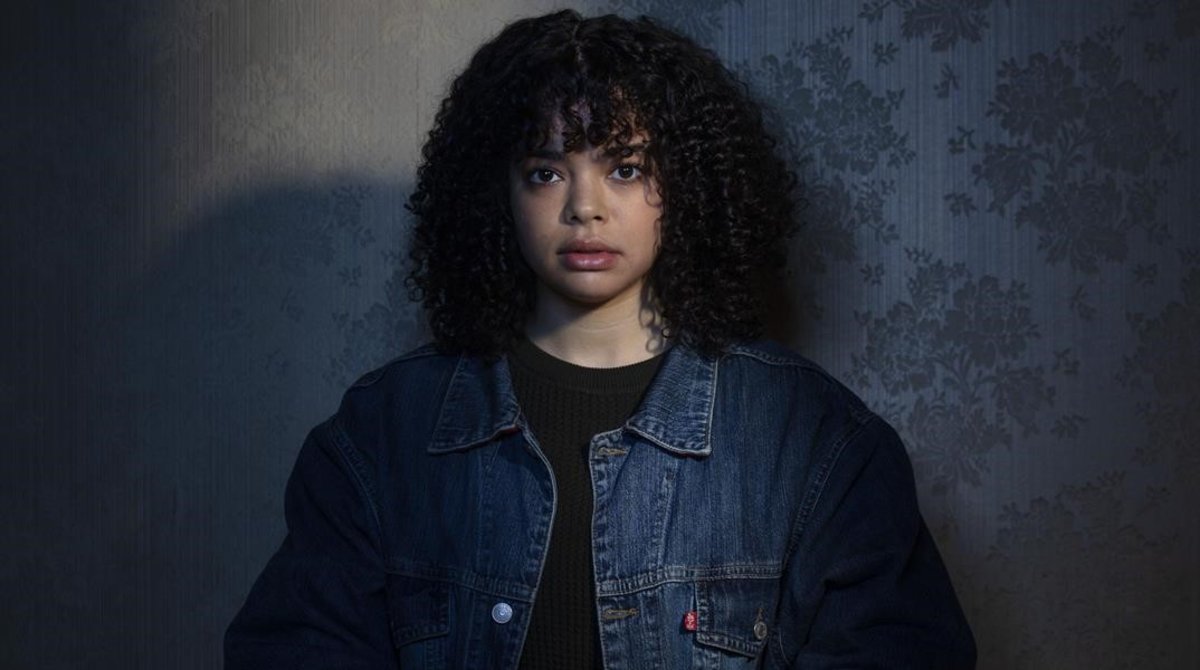 An extraordinary, page-turning Gothic mystery set in the wilds of the Norfolk Fens from the BSFA-shortlisted author.

London, 1901. After the death of Queen Victoria the city heaves with the uncanny and the eerie. Séances are held and the dead are called upon from darker realms.

Samuel Moncrieff, recovering from a recent tragedy of his own, meets Helena Walton-Cisneros, one of London’s most reputed mediums. But Helena is not what she seems and she’s enlisted by the elusive Lady Matthews to solve a twenty-year-old mystery: the disappearance of her three stepdaughters who vanished without a trace on the Norfolk Fens.

But the Fens are a liminal land, where folk tales and dark magic still linger. With locals that speak of devilmen and catatonic children found on the Broads, Helena finds the answer to the mystery leads back to where it started: Samuel Moncrieff.

To Purchase The Golden Key:

Marian Womack was born in Andalusia and educated in the UK. She is a graduate of the San Diego Clarion Writers’ Workshop, and she holds degrees from Glasgow, Oxford and Cambridge universities. Her writing is concerned with nature and it features strange landscapes, ghostly encounters, and uncanny transformations through a variety of genres – speculative fiction, ecofiction, and fiction of the Anthropocene.

Marian’s debut short story collection in English, Lost Objects (Luna Press, 2018), was shortlisted for two BSFA awards and one BSF award. Her novel The Golden Key (Titan Books, 2020) is an uncanny tale of liminal spaces and environments tainted by human interaction. The novella The Swimmers (Titan Books, 2021) is a response to Wide Sargasso Sea set in a near-future Andalusia. She has also published one novel in Spanish, Memoria de la Nieve (Memory of the Snow, 2011), and has co-edited with Gary Budden the international ecofiction anthology An Invite to Eternity: Tales of Nature Disrupted (2019).

Marian’s writing appears in a number of international anthologies and magazines, has formed part of an installation for Earth Day 2019 in Somerset House alongside work by Timothy Morton, Greta Thunberg, and Zadie Smith, and has been translated into Italian. She has been commissioned fiction pieces for the Norwegian Writers’ Climate Campaign. A trained eco-educator, she holds a PhD in creative writing and ecopoetics, and teaches on the Oxford University writing programme. She is co-editor at Calque Press, and is represented by Alexander Cochran at the C&W Agency.

Praise For The Golden Key:

“Graceful, moving, confident and intricate, like slipping into a warm bath and finding secret thorns there to pierce the heart.” Catherynne Valente, Locus Award-winning author of Space Opera and Deathless

‘The Golden Key mesmerizes, offers a door to another world – one which casts an uncanny light on our own self-destruction.’ Katherine Stansfield, author of Falling Creatures