Skip to content
You Are Not Alone By Greer Hendricks and Sarah Pekkanen Releases The Premise And Potential For Thrilling Social Commentary on 3/3 except it doesn't. Instead it fails worse than the way it insinuates I am an epic failure at 42.

Maybe I’ve been spoiled. It is completely possible. If that is the case? Than that is a me and not the book kind of case.

I didn’t really get into adult psychological thrillers until last summer. There were some amazing novels like Dear Wife, Turn of the Key and The Chain (despite the ending). From there I have had the opportunity to read some brilliant books in this genre (both Adult and YA categories).

If the expectations set by those novels are high? Again, it is me and not the latest release from Greer Hendricks and Sarah Pekkanen, You Are Not Alone.

If any of these situations don’t apply to you? Your miles may vary and take my review with a grain of salt.

Here is what you can’t take with a grain of salt. There are fundamental issues with You Are Not Alone that I can’t just dismiss. They have nothing to do with something that would make it a me thing. I was not even supposed to release this review today. The latest from Hendricks and Pekkanen doesn’t release until March 3rd. Yet, I needed to get it off my chest. This is not a good sign.

There are fundamental flaws that I really tried to let go of through half of You Are Not Alone. This is especially true given it is my first book by Hendricks and Pekkanen. In fact I thought some perceived flaws could turn into powerful uses of point of view by the co-authors. They did not.

I’m going to start with the parts that might be a just me thing. Then I’ll get to the parts I believe are fundamental flaws. I think it might be easier that way.

And guess what? I’m gonna do this without spoilers!

Thank you to St. Martin’s Press, Edelweiss and NetGalley for an ARC in exchange for an honest review.

If You Are Going To Start Bringing Up Social Issues

I am all for weaving societal issues throughout any genre of book. Especially ones that deal with women and how society forces constructs on women. However, one? These are strictly first world, white women problems. It is just very much the “Friends” issue. The book is set in NYC. Yet everyone is very white. The diversity is based on social class, which is fine. Except their upper class rich, white friends take them in and take care of them. Convenient. Like Rachel moving in with Monica while she is a waitress is very convenient.

Next. The main character is 31. I’m 42. Let’s just get that out of the way right now. Right off the bat at the beginning of the book this woman, Shay, is bemoaning the lack of a boyfriend, having to temp because her company just decided to downsize, lack of friends and her male roommate/crush having fallen for someone else. Yes, it sucks but you are 31 lady. Shut the hell up. I’m 42 and I’m drinking by the end of the first chapter. If this is how a novel is going to play out how women should think at 30? My life is done and dusted. I should just get the knitting yarn, five more cats and call it a day. 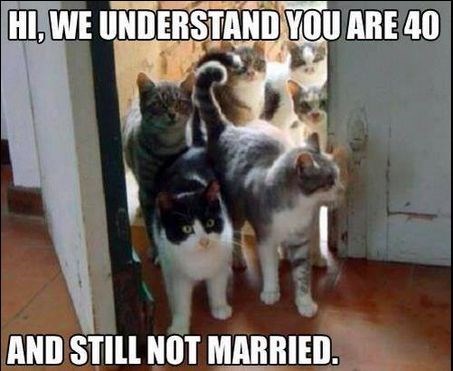 BUT WAIT! The Data Backs It Up!

To add insult to this particular injury, there is her damn data book. Even beyond this issue damn at the beginning of every chapter she has this data. She is obsessed with numbers. Most of these percentages, poll results and the such? Are uber depressing. I haven’t yet, but I want to google them because GOOD HELL WHAT THE MESS? What kind of nonsense is this damn data book? Things like:

I was waiting for someone to drop that scene from Sleepless In Seattle.

It would not let me center this for nothing.

I mean what the hell?

If you aren’t dating or in a relationship, with a career and the perfect apartment and bubbly happy by 31, apparently you have failed at life. In which case? Me?

And considering the mood I’ve have been in and how it has been detoriorating? Yeah. This isn’t going to work. Mind you I don’t think this works at all. I’ve been on YA’s case about forcing this idea of on teens. If you aren’t thinking about, dating or breaking up with a guy… i.e if a guy (girl… whatever your interest is- I’m not trying to gender norm) then your life isn’t fulfilling? That is seriously problematic. And as adult women society forces this checklist on all areas of our lives. QUIT IT.

Speaking Of The Above – There Are Bigger Issues

Yes. I’m serious. These don’t just apply to me. Or at least I don’t think they do. Look. I’m all for bringing up social issues and weaving them into all categories and genres of novels. I think it can and should be done. Hendricks and Pekkanen have the premise and the foundation to get that done in You Are Not Alone and it really gnaws at me that they don’t accomplish any of it. They raise a lot of issues. Actually, there is one they don’t raise at all. It just obviously smacks you upside the head. However, they raise a tone of them through that damn data book. Yet they either mishandle or outright don’t address any of them.

Issues Raised But Not Properly Addressed

In fact, I would argue they do significant harm

5. Women suck and just want to hate on each other because they see themselves as competition for everything

Don’t even get me started on how they deal with Ambien..

The Elephant In The Room

And again with that damn data book backing up all the above makes it even worse.

Ok. these are going to be a little bit vague because of spoiler issues. However, if I list them out? I can get my plot, character and literary devices out without spoiling anything.

IV OF Smart Juice… I Guess?

Now I would like to say that is everything except it actually isn’t. There is the detective I really feel sorry for and the other people that are drawn into this disaster. Except some of their circumstances are so stupidity of their own doing I just…    It is like who in their right minds X while X is X when X if X… like…