I just wanted to be clear that I didn’t come up with that part. I’m not that witty nor that daring. However, Nikki Katz just might be and with a bit of a dark twist hiding behind that mug of joe? She’s going to come up with some plots that aren’t quite what they seem and reach into the psychological reaches of the mind. Say hello to Ms. Katz… (coolest name, ever by the way- Pavel, Liam and Gomez approve and they don’t approve of ANYTHING).

1) Going back to Midnight Dancer and comparing it to King’s Questioner, one might wonder if you have a fascination with mind control? Or maybe, in broader terms… different ways of accessing what is happening in the minds of others? Thoughts? 🙂

Funny you say that. The original plotline of TKQ had a girl who controlled time and locked up her memories everyday. My editor thought that this was too similar to The Midnight Dance in terms of unreliable narrators and a girl who doesn’t know who she is … but I guess we still kept the similarity in mind control!
And another interesting note … every manuscript I’ve written … published or not … deals with characters who are kidnapped or banished!

2) I believe the inspiration for Midnight Dancer was a commercial? What about King’s Questioner?

I had to come up with an idea. And quickly. I started throwing random words and objects on paper. Keys. Clocks. Again the plot line changed from the clocks and the girl who controlled time (this was originally Reign’s character but her powers and backstory completely morphed) but that’s how it all sort of started!

3) Who have been some contemporary inspirations since Rowling? Not that she isn’t contemporary, per say. I’m thinking since the last Harry Potter book was published.

4) What most interests you/what do you most look for when choosing freelance writing projects?

Those that pay! Actually my freelance work is centered around nonfiction specifically because I need to save my creativity for my own projects. I also like to pick topics I either know something about or want to know something about! Some of my most interesting book development projects fell in my lap when I most needed them. 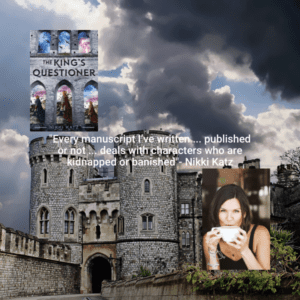 5) What can we expect in any upcoming projects

A deviation from fantasy and a move toward sci-fi.  Something that utilities my aerospace engineering degree!

6) No I am not an internet stalker BUT I do like to do my research so I can personalize my interviews! I did snoop your LinkedIn and noticed you have A LOT going on, superwoman! How do you manage it all?

Well I’m a project manager by original career so I am used to time management. I love working remote but I am ALWAYS on. It’s rare that someone can’t get in touch with me — even when I’m on vacation. That being said, I have three kids in their teens and afternoons can be a nightmare of homework and driving!

7) Can you talk about some of your favorite projects/roles and discuss them a bit?

I actually prefer editing over writing … mostly because even writing can sap some of my own writing energy. I’ve loved working as managing editor for SocialMoms because I can use the advice! I also just accepted a role for WeAreTeachers and look forward to diving in there.

Nikki is a recovering rocket scientist, author, editor, freelance writer, and social media stalker. THE MIDNIGHT DANCE is in stores now and THE KING’s QUESTIONER.

A busy mom of three crazy active kids, Nikki is the Managing Editor for SocialMoms.com and a Scribe for Scribe Media. She has published articles on a variety of topics and her work has appeared on Storia, About.com, iVillage, b5media.com, and dozens of other websites. She is also the author of four nonfiction puzzle and games books.

Previously, Nikki was a project manager and management consultant, and she has a B.S. in aerospace engineering. 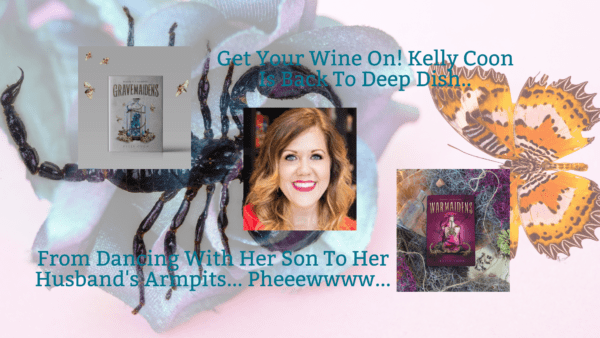