Skip to content
Yes. Yes you stand alone novels! You don't need any other books to make you feel special. You know why? Because you are you and there isn't anyone else like you. Go take a big dive in lake you! Stand tall and say I LIKE MYSELF! Because you are unique! And we, readers have a special in our hearts for you!

I have linked Amanda’s post from last week basically because our shifts at work clash and I can’t catch her and she can’t catch me and so we are a week behind in linking each other but we get there!

Somehow Six For Sunday and the Saturday Top Five are just having a blast playing on my shattered heart, dark soul. But that’s fine because I’m more than happy to oblige. And anyway, even if I was in one of those couples that make you want to puke (I used to be but let me not start sobbing onto my laptop), stand alone novels deserve all the love!

Do we love our series… yes. Are they the bane of our existence? Yes. Movies. Books. We love to love to hate to love them. 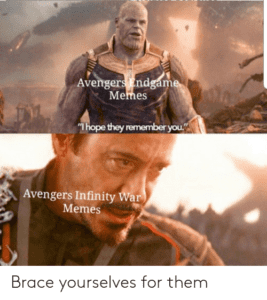 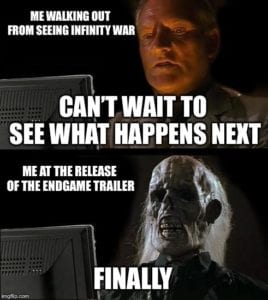 And then there is The Arc of a Scythe, The Air of the Folk and that other series by that other author who haunts my TBR that shall not be named in this post. They all came to an end this year. We all went batshit crazy. Well, except you cheaters who don’t start series until they are done already and you don’t even count because YOU CHEAT… YOU CHEAT. YOU ARE LIARS AND YOU CHEAT THE SYSTEM. Exception:You are late to the party because you just didn’t know about the series until after the fact. You get a pass. But the rest of you…

And so with that being said it is time we pay some serious homage to those books that are proud to say I’m single and I’m proud. I contain a full story all on my own. Yes, damn it, I have fully developed characters, world(s) and an intricate plot all within this one book! My crafter was kind enough to provide this FANTASTIC story for you within just one book! No waiting, no cliffhangers and no waiting a year or more for the next installment. Yes, YOU, dear reader, get it all right here, in me, just me. Because I, alone, am me, and I am worth it. For readers that don’t want to commit to a whole series, here are five books just for you.

I’m not quite sure how many times, how many ways or what I can say this to you lot on one blog over the course of however long I’ve been doing this now but let me repeat myself AGAIN. EVERYONE and I mean EVERYONE has to…

ABSOLUTELY never ever most definitely but not ever but yes absolutely because never but yes definitely read this book. You got that now? For four nights I didn’t sleep because of this book. I literally (thank God this was before my blog, it was not an ARC- I don’t even know what possessed me to buy the abominable thing)- but I did- and literally THREW IT ACROSS THE ROOM.

This is the book that started the term “made reading a contact sport.” And do you know why? Because I also LITERALLY crawled to the book picked it up and in that spot started reading it again. WHY? BECAUSE THAT IS HOW DAMN GOOD IT IS. You don’t want to but you can’t help it and I dare you to freaking try.

I’ve NEVER had an author create a main character like this before, where I was landed right in the middle of empathy and utter disgust. Then again, I’ve also never been reading and realized when my alarm went off for work that I was clutching my JUGULAR.

And is this a good time to mention that M.R. Carey has a new series starting in the spring called the Book of Koli (not a stand alone) and I’ve already begun begging a publicist at Orbit for an ARC of it and requested a Q and A with M.R. Carey? WHY? BECAUSE I HATE MYSELF. And because he is one of the nicest people I’ve ever come into contact with- and yet as nice as he is? He creates these incredibly insane stories that suck you in and spit you out. And yes you should read them. ALL OF THEM.

PS. He is also the author that inspired the dead is dead rant. Here is a review of his last amazing book Someone Like Me (also a stand alone).

2) Forget a BOOK. I’m just going to put AN AUTHOR in the Saturday Top Five 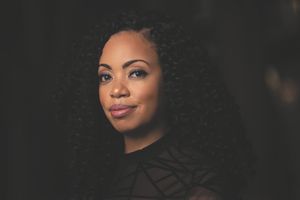 Purify your soul here. Because I really can’t say anything more than that, right there. I could cut and paste it but that would be ridiculous. But you should definitely go read it. 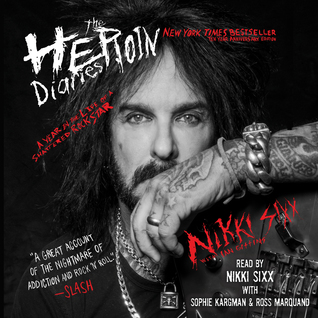 No one stipulated against Non-Fiction in the Saturday Top Five and so I’m going there because people seriously need to get their hands on two books. I had a hard time choosing which to list but I’m linking both. The one pictured is the tenth anniversary of The Heroin Diaries. Yeah, forget The Dirt (although to be honest- the Netflix movie is A RIOT- coming from a Motley Crue fan– A RIOT). The Dirt is what it is. The Heroin Diaries? This was brave. Look Nikki Sixx is Nikki Sixx and he can be a pompous ass (please God don’t ever let that get back to him because he will either come kick my ass or shake my hand and I don’t want to know which).

The point here is simple. This book hit the bestseller list and I’m pretty sure at this point more people can tell him from the books he put out than his stint with Motley Crue (ok maybe not, but it is close), but it saved lives.

This isn’t just some rockstar biopic. This book is a mess. From times in the studio when he walked in with lyrics he thought were brilliant and Mick Mars writes in response- yeah he thought they were brilliant- problem is he just gave them to us the day before and doesn’t remember, to times he crawled around his mansion naked paranoid about helicopters coming after him so many times that the security company stopped showing up. It is graphic, ugly and gruesome. And it is truth.

I Have No Self Control…

He also put out an incredible book called This is Gonna Hurt: Music, Photography, And Life Through The Distorted Lens of Nikki Sixx

Long story short (because I said I would choose one but I guess I kinda couldn’t) not only does this go into his childhood “because if you don’t deal with your demons, they are going to deal with you” 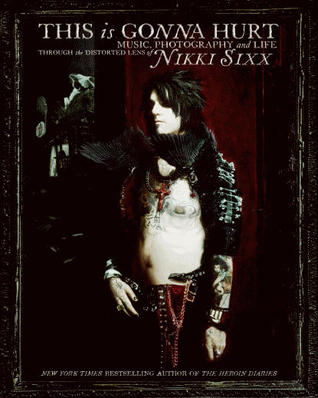 Here’s the thing, though. It also goes into lifting the voices of those that society has forgotten, through his photography, like amputees. It is an extremely powerful book that opened my eyes to what often made me recoil and changed my perspective on A LOT of people society didn’t just let fall through the cracks but there weren’t any cracks for them to fall through because they never existed above the cracks, in the first place.

I will read anything Nikki Sixx puts out. He doesn’t deal in bullshit. End game.

Speaking of Heroin- there is an opioid crisis out there… I had the amazing good fortune of reviewing an ARC of Heroine back in March. I said it then. It is December and I believe I was right, so I’m going to quote myself. I’ve never done that, before. Also see my linked review above.

Arc Review of the most important book being released this year: Heroine by Mindy McGinnis

If you think I have spoiled the ending of Heroine by Mindy McGinnis with the following quote, I have not. This is how the book begins.

My advice? No matter your age, your stage in life or position in society? Buy the book. Shut up and open your mind. If you do not heed the warnings and take in the brutal honesty wrapped in a gripping fictional story? You or someone you know, care for or love will fall victim to the opioid crisis terrorizing the nation.

There isn’t much I can say about Wilder Girls that I haven’t already said (see the link above) but I thought it apropo that I start this week’s Saturday Top Five with The Girl With All the Gifts and end with Wilder Girls. The structures of the books are the same (topics are completely different). The book hit me so hard, I actually took to twitter and connected Power and M.R. Carey, in hopes he would read Wilder Girls, to find out he had already pre-ordered it! I couldn’t have been happier to hear he had done so before I had said a word! I have already talked about her next novel, Burn Our Bodies down that comes out this summer. Some wanted it to have a sequel. I wouldn’t be unhappy if it did, but I’m more than satisfied with Wilder Girls as it ended, leaving the reader to draw their own conclusion.

And there you have it! You know, I have to say – this easily could have been ten books long. There were another five books I wanted to have on this list- Turn of the Key, Dear Wife, They Both Die at the End and more… I can’t believe how many books SHOULD BE ON THIS LIST. But… alas I already broke rules with Tiffany Jackson and Nikki Sixx so…

What stand alones would you recommend and how did I do with my list?