Skip to content
Series. The bane of our emotional existence and the cause of more trauma, and cursing than possibly anything else in our reading lives. Some say waiting between books builds character. Others refuse that notion and just won't start one until it is finished. Either way, they are here and we are stuck with them no matter the form in which we digest them. So come, stroll with me down this path trauma otherwise known as the series. Oh and to those of you that like 800 page books? I'm sorry but you are asking for 5, 6, 10 year waits between books. I'm not sure what you expect. I can't even read those books with the twenty pages to describe a tree. I can't imagine what it takes to write them. Of course it takes years. The investment of time, mental and creative energy must be immense. To you, I say that you are suffering for the art as much as the writer.

Friday Favorites is a weekly meme hosted by Something of the Book. I first started it last week and going back to look at previous topics I thought I would go off script (shaddup) and pull from the past. Series are such a thorn in all our sides! At once riveting and grating in how they makes us wait (if we are reading them in real time), thinking about five… six… of them sounded like a good topic to tackle.

In this case, I’m going to tackle series that I haven’t finished and neither has the author. And so you could say I’m seriously predicting the future on whether or not they will actually become some of my favorites. Well, except one which is pretty much a guarantee, except for the fact that some might argue it is already finished. Except it isn’t and I dare you to argue with me. It’ll end in blood. So don’t. Also, I left Arc of a Scythe off, just because A) I just wrote about it and B) it is still a fresh wound. However, it is remains second only to the Six of Crows Trilogy. It just isn’t on the list.

In no particular order except of course number one is number one… otherwise seriously it was just as it random.

Don’t start with me. Right before leaving St. Louis I (and I believe others can attest to this) heard Madame Bardugo discuss the fact that she has been taking notes on ideas for a third book for the dregs. While it might not be in the immediate future (she did express worries that Netflix might jump her timeline for this idea), she did say that it was something she wanted to do. 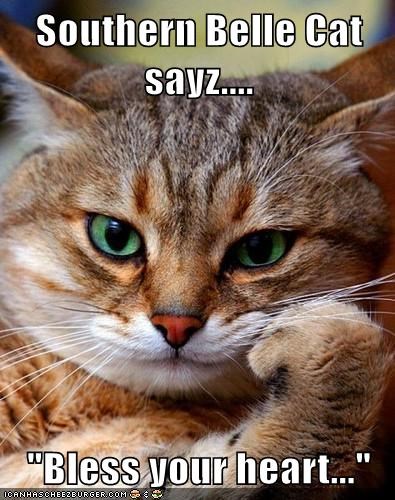 2. The Gilded Wolves by Roshani Chokshi

How much of a roll of the dice is it when you’ve read the first two books (and nope my lips are sealed… Silvered Serpents isn’t out for like just under A YEAR). Although obviously I loved it, or it wouldn’t be on the list but that’s all I’m saying. I can’t see much killing it in the third book. <side-eyes Queen of Nothing and then thinks but that didn’t kill the Folk of the Air series, either.> However, you can read my review of Gilded Wolves.

3. The Emaneska Series by Ben Galley

You can thank The Write Reads for starting me on this little journey last summer when we did the Ultimate Blog Tour for Ben Galley. Psst… we have another Ultimate Blog Tour coming up for The Devil’s Apprentice by Kenneth Anderson. I had the privilege of reviewing The Written, the first book in the Emaneska series and was HOOKED. Galley is continuing the series with The Scalussen Chronicles, set twenty years later.

4. The Venators Series by Devri Walls

AH! The third installment in the Venators Series, Legends Rise, will be released this spring and I cannot wait! I also am thrilled to have a chance to read it early but that is besides the point, as my lips are zipped. In the meantime please see my review of Venators: Magic Unleashed for an unspoiled review and introduction to this amazing series and world. Speaking of Legends Rise- please look for my exclusive reveal of the amazing cover next week!!!

If you are paying any attention, at all, you had to see this coming. Yes, I know. It is the first book. But I’ve been saying or a while now. I’ve had some distance and it isn’t going away. I don’t feel the same as when I wrote this review of There Will Come A Darkness. If anything, I feel stronger. This book isn’t letting me go and it has been almost four months (I wrote the review on August 15th). Yes there are two books left and yes it has gotten some really mixed reviews that I don’t understand but everyone has a right to their feels. For me? As high as my expectations were? It still blindsided me. Jude blindsided me. I’m here for the ride.

And yet…. say it with me now… And yet, I continue. Why? Because of the chess game. There’s Gods and morally gray characters and damn it I want Kaell to make it out of this hell. I’ve reviewed, and discussed the merits of taking an author to court, 19th Bladesman, and Last Seer King. I’ve linked both but be careful for spoilers in Last Seer King.

And there you  have it… those that are and those that might be my favorite series to date… what are yours?

Mind you there are so many that I haven’t even begun that I know I will at some point. From he who shall not be named and haunts my TBR to that other series with Thrones in the title and Ember in the Ashes etc… so yes this may all change (well except those that are cemented for life).

Any you might recommend? Any that you are buckled on the ride to see what happens, with me?

10 thoughts on “Friday Favorites: Series – In Which I Try To Predict The Future…”