Skip to content
Warning: Harm came to the pillsbury cookie dough boy, a variety a fruit chews and toll house cinnamon rolls during the making of this post. Warning: That is a sign of emotional distress and ranting ahead. Open at your own risk. You have been warned. I disavow all knowledge of this post and it's contents.

First off. There will be spoilers but in case you want to read about one book and not the other I am going to talk about The Toll first because it is the least painful of the two. So If you want to read only about Queen of Nothing scroll until you see (and really you should watch because… #DatingNoFilter) the video clip of Dating No Filter, and then you know it is safe. On the flip side if you only want to read about The Toll, you should definitely stop at (but definitely watch) the video clip of Dating No Filter.

For those of you with a heart that do not know what the brilliant Dating No Filter is, it is the only (wait is Masked Singer a reality show?) reality show I watch, I think. Because- my black soul and shattered heart like to watch trainwrecks and this show is full of them and I cackle. But it is brilliant. And it is on E! Basic set-up is they have two couples go on first dates and three sets of comedians watch-in on their first dates and give live commentary. Bloody fantastic.

Oh and one last thing before I begin- there won’t be all the links and proper blog stuff just because it took me long to get this out and I’m eating cookie dough. So yeah. Sit back and just buckle up. They’ll be memes, gifs and things.

The Toll By Neal Shusterman- Arc Of A Scythe #3

The Toll s the third and final entrance into the brilliant Arc of a Scythe series by Neal Shusterman. I have been waiting for Toll for what, I don’t know? Over a year now? I’m pretty sure I finished Thunderhead back in March of 2018. So that would be over 18 months ago, even.

Here’s the thing. There is so much to love about The Toll, truly. And even if there wasn’t? This will always be a series worth reading. It is still my second favorite behind the Six of Crows duology and I don’t see anything threatening its place on the list.

Greyson’s evolution throughout the entire series was masterfully done. Truly wanting to please the Thunderhead throughout and then kicking back at it for being used and feeling taken advantage of was well played-out. I was rooting for Greyson and understood his outrage. It made complete sense.

The continuation of humanity without the Thunderhead, without its aid and how it ran things. The way they had to all feel the plight of being unsavory as a punishment was an interesting take and gave the opening Scythe Goddard needed (if he really even needed one, but I guess it just made the opening that much greater) to continue his quest for power. The backstory provided and his righteous indignation even caught me by surprise. Call me naive but at some point I thought surely he’d wake up, surely he’d get it.

But nope, he never did. Ranting and raving, clawing and screaming right through to the final moments. He thought he was right and that he was doing all of this for the betterment of greater good. The anger and fury was depicted through actions, detail, dialogue without ever turning back from who the character was or an element of remorse.

Here is where things start to get murky. For all the good Scythe Anastasia did in her return from the depths she was sent to at the end of Thunderhead, and she did. She came back and utilized her return in a very Hunger Games, or so it felt to me, kind of way. Through widely broadcasted messages, she utilized her presence to fight all that was going wrong. And she fought. But where was Scythe Lucifer?

And here is where things go wrong. Where WAS Scythe Lucifer? He is barely in the book. Almost 700 pages and he is BARELY IN THE BOOK. He was pushed to the side. And the worst part is that there is this new character, a scythe that is a spy inserted into the Tonists by Goddard, meant to kill Greyson, who takes up SO MUCH OF THE STORY. That could have been a storyline of some sort for Lucifer (not to kill Greyson but insert SOMETHING). I mean I felt just. JIPPED. Cause I looked for him. I think Neal Ghosted him.

And then there was…

…But apparently Neal does.

This is not the Starship Enterprise. And again I just felt jipped. Seriously. This is the best ending that he could come up with? I mean look the other half of the ending WAS SO PERFECT. I absolutely LOVED the ending for the scythes. Because the Thunderhead(s) made like jackrabbits … yeah and literally

… so there’s no more to say on that or space so … yeah <they> went to space… so plagues- natural death- returned– and the scythes went and brought merciful deaths to those basically at the final stages of terminal illness and THAT IS BEAUTIFUL  and amazing and everything Neal Shusterman is capable of when wrapping up such a spectacular series. So I’m going to end this on that amazing note before having to move on to part two and something other than cookie dough because that is now done.

Queen of Nothing By Holly Black – Air of the Folk #3

Wait. I need more comfort food. I’m out of cookie dough. Ok I have fruit chews and there are cinnamon rolls in the oven.

You know I think I would have rathered if Queen of Nothing had just outright sucked from the beginning. That would have been easier than it ripping me in shreds for 90% of the book and than falling apart at the very end. It is kind of like why my soul is black and my heart is shattered – speaking of which if you watched the video clip- tell me that was fantastic- and look that is just the tip of the iceburgh- I promise- anyhow, my point is that it is much easier if your best friend and love of your life does something big and bad like cheats on you to end things than is really amazing but just doesn’t think it is going to workout because it is easier to be angry and bitter than a sad puppy dog with a black soul and shattered heart.

Moving on. So yeah. It would have been easier if the whole book just sucked but no. For the first 250ish pages? Holly Black leveled it away with everything you could want from the final installment of a mess that is Queen of Nothing. Ok some people didn’t like Taryn’s storyline but here’s my thing- Taryn’s storyline is like time travel in Endgame. At this point you are on the gravy train or you aren’t. It is a vehicle for the movie/book. We had to get Jude back to Elfhame and this is how it is happening. That’s all. Let it go and move on. That isn’t even the point.

From there it is all a hot shitshow of a mess. And by that I mean the hot shitshow of a mess that we all would expect it to be. One minute Jude and Cardan are making eyes at each other the next minute they might take each other’s eyes out. You just don’t know like that. Because that’s who they are. And then it is the double edged promises that they’ll keep. Cardan has been the prophesized doom of Elfhame of since birth and of course Jude will strike him down if she has to and so she promised to do so and we all know she will because that is who Jude is. 1) When has she ever not been willing to shed blood? 2) She is as attached to Elfhame as anyone at this point. 3) It is Cardan. Those two are as ready to go to bed as put each other in the grave at any point in time. So duh. Yeah. And I’m here for it. Buckle me in and let’s go. 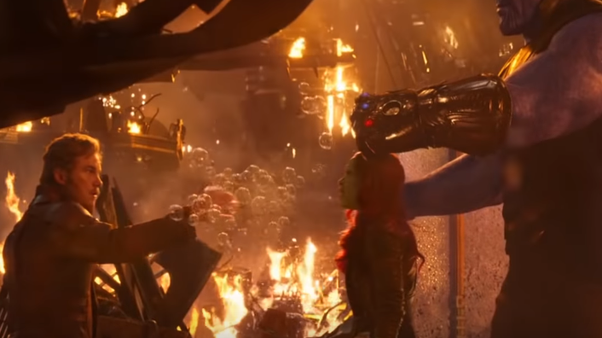 And there’s another point to be made here before I get to the problem. And that is Viv and Heather. Yeah. It is a subplot but it is an important subplot. Why? Glad you asked. Because while a subplot, it falls apart in the same way that Cardan and Jude fall apart. So real quick summary. Heather left Viv because she was glamoured and she was pissed that magic was used on her without her knowledge. And she didn’t want it to happen again. Clear? Ok.

So now- fast forward- Jude and Cardan finally hit the sheets and no one goes evil- well not anymore evil than normal- although I almost half expected Cardan to turn into Angelus or something when he achieved “perfect happiness.” But alas they didn’t and they walked into battle together, with an understanding and BOOM Cardan was turned into a serpent. And I was in the fetal position. And Jude was offered a deal by Murdoc.

We will give him back to you- beholden to your every whim and I will rule through you. But you will have him back to do as you wish. And of course she’s going to think about it, agonize over it because that is good storytelling and we will agonize with her. But this is Jude and Cardan and she made him a promise and she is ruthless and he is cruel (pun not really intended) and she will wallop that serpent’s head off. She will do it for Elfhame. She will do it for Cardan. But most of all, she will do it because that is who Jude is.

That is the character Holly Black built from the first word of the Cruel Prince. She couldn’t beat them so she was going to be better than them and that is what she would do. In one swift motion the Queen of Elfhame was going to take her place and fulfill her destiny.

And in that moment Holly Black betrayed the storyline and the character she spent I don’t know how many years building. And then destroyed Cardan by making him this suddenly happy-go-lucky mush ball by the end of the book.

To further this point, let me enter exhibit B: Viv and Heather. How does Viv and Heather get their happy ending? Through glamour which is the exact reason Heather didn’t want to be with Viv in the first place.

On what layer of an eight layer taco dip does that make any sense, pray (prey?) tell?

12 thoughts on “Queen of Nothing and The Toll. I’m Eating Cookie Dough In My Pajamas. It Has Come To This.”