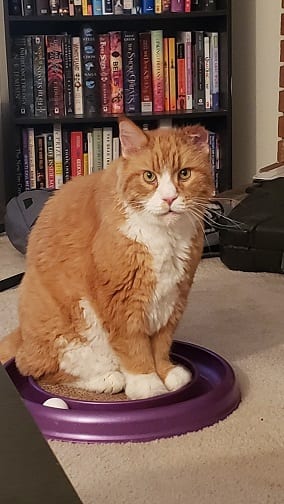 Goodreads Monday is hosted by Lauren’s Page Turners.  All you have to do is show off a book from your TBR that you’re looking forward to reading.

This week’s choice comes from a blog tour that made the rounds through my feed just over a month now, although lord knows it feels like a lifetime after everything! However, I’m giving credit to Haley at the Caffeinated Reader because she was the first place I saw it. You can see her review of one book in the trilogy, Winter of the Witch, linked above. The link below is the Goodread link to the entire trilogy: 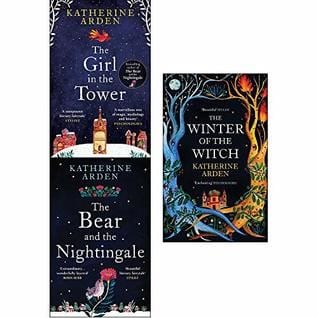 The Bear and The Nightingale (Book 1)
In a village at the edge of the wilderness of northern Russia, where the winds blow cold and the snow falls many months of the year, an elderly servant tells stories of sorcery, folklore and the Winter King to the children of the family, tales of old magic frowned upon by the church.But for the young, wild Vasya these are far more than just stories. She alone can see the house spirits that guard her home, and sense the growing forces of dark magic in the woods. . .

The Girl in The Tower (Book 2)
The court of the Grand Prince of Moscow is plagued by power struggles and rumours of unrest. Meanwhile bandits roam the countryside, burning the villages and kidnapping its daughters. Setting out to defeat the raiders, the Prince and his trusted companion come across a young man riding a magnificent horse.

The Winter of The Witch (Book 3)
Moscow is in flames, leaving its people searching for answers – and someone to blame. Vasilisa, a girl with extraordinary gifts, must flee for her life, pursued by those who blame their misfortune on her magic. Then a vengeful demon returns, stronger than ever. Determined to engulf the world in chaos, he finds allies among men and spirits. Mankind and magical creatures alike find their fates resting on Vasya’s shoulders. (less)

8 thoughts on “Goodreads Monday – Winter Is Coming (No Not That…)”