Ok Leelynn. Seriously.  I feel like I deserve like –I don’t know. What do they call it when someone gets a degree from a college they didn’t even go to? Oh! Right! An honorary degree…. I think I deserve one of those for THIS tag.

I mean but who told you? Who warned you? I mean I haven’t gone back and read the review because <shudders> but I remember the exact how when and where I was when I finished We Set the Dark on Fire. I remember writing this review like it was yesterday and think about it. Actually you don’t even have to. I said it in my review.

When I’m up on my feet shipping a relationship so loud you would think the King are in the Stanley Cup Finals? You know a book has hit another level of stratosphere. That is Adam Silvera levels… only Adam gets away with that. No one else. 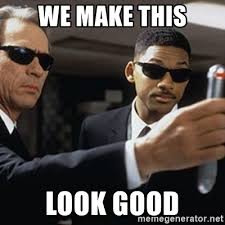 All graphics used with permission

Yes. I know Liliath is the villain but that does NOT mean she can’t be strategic. In fact I dare say that most villains have to be strategic . And don’t get all gender stupid on me. Men are brilliant and women are a bitch? Don’t even . Liliath is a boss. Front to end. She knew exactly what she wanted, who she needed to get it, how to manipulate all involved, and while it might not have happened exactly how she expected? She got what she wanted. And there is NO arguing that Garth Nix wrote the SHIT out of her.

To quote my own review:

Princess Catherine from Sally Green’s Smoke Thieves Series isn’t just a typical princess. She is strong willed determined and refuses to be handed over as a pawn of war by a dictator father. Surrounded by the cruelest and violent of men who care nothing for her, Catherine finds the fortitude to not just find a place, but the love of a country that would be her enemy and undermine the devious plans of her father, every step of the way.

<le sigh> This just has me tired– like tired the level of Verify’s review tired. Like where do I even begin there are so many tired. There is someone from Six of Crows I like never talk about and for good reason… and here is a chance to do so. Jan Van FUCKNIG Eck.
Talk about an entitled son of a bitch. He really thought because he was in the upper class of society. Because he was “legal,” and had the connections, the money that he was gonna get away with it all. Wroooooooooooooooooooooooooong sucker.

Lord there have been SO MANY. But I’m going to go way back – well I mean not like decades or anything. But back at the convocation for the St. Louis Public School year before the district kicked off teacher training our superintendent brought in this guy no one had heard of to speak to us. I think it was July of 2015 or 16?
His name was Bryan Stevenson. And by the time he was half way through? I was sobbing. By the time he was done I nudged my supervisor to find out the name of his book, because I had dropped the pamphlet with the information about who he was, and had ordered two copies of Just Mercy. One was sent to my apartment and one to the boy’s apartment. I was never the same. Neither was he.

God we are such a screwed up family. The Girl With All the Gifts. I sent it to mom and I knew she was about 100 pages in when she literally sent me a text that said: WHAT THE FUCK DO YOU HAVE ME READING. I took a screenshot, put it on twitter and ccd M.R. Carey- he’s been following me ever since.

Ok I’m going with the whole damn cast of the Umbrella Academy. Maybe it is the now 2.5 drinks I’ve had (look I haven’t had a drink in like six months) or maybe it is my definition of rebel. But they didn’t even want to save the world… ok not all of them did. But they were all rebelling against something. #4 was taking drugs to keep the ghosts away. And #1 couldn’t handle the truth of his “childhood” and Rumour was running from losing her daughter and Vanya was drugged up to hide the uncontrollable powers that would let loose the apocalypse. And #5 was rebelling from the whole damn evil empire charged with keeping the apocalypse timeline in order to begin with so he could stop it.
Together they were rebelling against Hazel and Cha-Cha who were rebelling against (well Hazel more than Cha-Cha) “the man,” who he was sick of working for, and anyway oh yeah #2 was rebelling that he was never #1 and then he lost, of course the detective love of his life. So. Yeah. All the rebelling.

Tags get heavy when you have had a couple of drinks.

There should be a warning or something.

There are books you read where you realize you know but you don’t know.

Like I thought I knew but I didn’t know shit. Books where you know you just read fiction. And not just even some random fiction but some twist Shondaland fucked up fiction. But then after you read it and the boy read it you can have a 3 hour philosophical conversation about all the fucked up things wrong in the world from the justice system to the juvenile system to how a girl gets pregnant in an all girls’ facility where they only  men are the guards and no one notices to what the hell is happening in foster homes and who really are the villains when some of these girls do “things” to the women in those homes because but God how they are treated.
BECAUSE THAT by God isn’t just a book. That isn’t just fiction. That isn’t just an education. THAT is Tiffany Mother Fucking Jackson. And that was my introduction. And no matter the entertainment value? It was like having ebola- but it I will never ever regret it for one damn second, or ever one second of reading one of her other three books, stories or any to come.

If I’ve said it once, I’ve said it a million times. For all my connection to Kaz- the most inspiration character in the SOC duology is hands down Inej. –  She wanted a deluge. She was Inej Gafa and her future was waiting.

DAMN IT LEELYNN YOU ALMOST MADE ME PEE WITH THIS ANSWER- I just finished the third drink- JUST STOP.

That’s ok tough cause I’m following your lead. And I aint judging you. Let people judge. Follow my lead baby. Just look at them and:

And then give the answer again… The book that has it all- SOC duology. What do you think mom is listening to all the way to Utah and then from Utah back to Colorado. She already knows. How else am I supposed to get there without splitting down the middle and my heart screaming at me and turning back to where it actually wants to be? Kaz and the Dregs will get me there. End. Story

I want to know how about where you know they will damn will both die at the end is so damn emotional. That is what I want to know. DAMN IT ADAM TELL ME. JUST TELL ME ADAM. WHAT VOODOO IS THAT ADAM BECAUSE I DONT UNDERSTAND YOU AND WHAT YOU DID.
I finished that book, threw it at the boy and walked out the door to take a walk in -30 below weather. Why? I don’t know. It isn’t like I didn’t know. But it is Adam. And Adam is going to fucking Adam.

I AM TAGGING THE WHOLE WORLD THAT I LOVE WITH THIS TAG BECAUSE I LOVE THIS BOOK AND EVERYONE SHOULD READ IT AND THE SEQUEL.