Here’s How This Is Gonna Go Down

For anyone who doesn’t know or has stopped paying attention because. Well… me. I’m moving to Colorado and while I couldn’t be more excited (see the banner for this blog– that is MY apartment complex in Colorado Springs, which faces Pikes Peak- the center of which is about 2 miles away- the center I, am at the foothills-  patio facing the the mountains). The actual physical move is going to be the death of me. Let’s look at highlights of the first ten days.

Now- This picture is VERY important so study it- because it is referenced below.

So at this point you are thinking two things.

2. Susan, WHAT THE CINNAMON TOAST CRUNCH DOES THIS HAVE TO DO WITH ANYTHING?

Except Here’s where it gets ugly:

The part I’d thought would be easy. Ok-  not easy- I’m not stupid and I’ve moved a few times- so I get it but- There was a deluge of rain on my parade.

Ok- Simple fix- I’ll just do it myself because yeah pain in the ass but that’s insane. Right?

And at THAT point? I might as well just go back to option number 1. 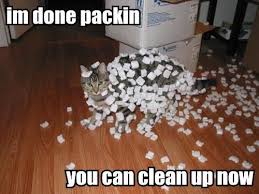 In lieu of sending me to the insane asylum, I am registered on Amazon

All that to say– Well- I hope maybe you got a laugh and learned something should you have to move at anytime and to explain my take on this week’s top 5:

Books that have come across my radar, piquing my interest enough to transport me from this hell of a move long enough to give what is left of my sanity of respite-

So for those of you that have made it this far- bravo and here we go!

Well you should be, anyway.  According to Melissa’s Bashardoust’s website this book was originally called She Was and She was Not. That might ring a bell for some. I do not know of it. This book recently came on to my radar as in, within the past twenty-four hours and stopped me dead because. Well read all the information below and add it to Goodreads. Because this promises to be a spring barnburner.

My mom finds my fascination with Vampires utterly hysterical considering my intense and literal phobia of them as a kid (through I don’t know teens)? But it is what it is. And this one looks like a great book end to Blood Countess, which I could not include in this list because I’ve already screamed from the rooftops about it.

Release Date: – Depends on who you ask – Goodreads says April- Edelweiss says May

It has been some years since Jonathan and Mina Harker survived their ordeal in Transylvania and, vanquishing Count Dracula, returned to England to try and live ordinary lives. But shadows linger long in this world of blood feud and superstition – and, the older their son Quincy gets, the deeper the shadows that lengthen at the heart of the Harkers’ marriage. Jonathan has turned back to drink; Mina finds herself isolated inside the confines of her own family; Quincy himself struggles to live up to a family of such high renown. And when a gathering of old friends leads to unexpected tragedy, the very particular wounds in the heart of the Harkers’ marriage are about to be exposed…

There is darkness both within the marriage and without – for, while Jonathan and Mina wrestle with the right way to raise a child while still recovering from the trauma of their past lives, new evil is arising on the Continent. A naturalist is bringing a new species of bat back to London; two English gentlemen, on their separate tours of the continent, find a strange quixotic love for each other, and stumble into a calamity far worse than either has imagined; and the vestiges of something thought long-ago forgotten is, finally, beginning to stir

Look. Listen to me. Don’t listen to me. I really don’t care. I mean I don’t judge. But yeah I’m side-eyeing you if you don’t let Carey chew you up and spit you out. Even if you never have or will read anything the likes of this genre again or let reading become a contact sport, ever? Let it start and end in his hands.

The only thing M.R. Carey can do than write a book is to write a series. So of course he did. But. OF COURSE. Because. YES. PLEASE. I’ll just plan hyper insomnia drive around each book.

And yes I’ve already been in contact with all concerned around ARCs. WHY? Because whatever sanity makes it out of this move from St. Louis to Colorado? I’m giving it to Mr. Carey to do as he so wishes.

Publisher: Orbit Books (I pity them for having to put up with me)

If I could create a genre called: Fiction: Makes Reading a Contact Sport or WHAT THE MESS AM I READING or even MIND BENDING?

Carey would win the Nobel Peace Prize-he probably should for general fiction, anyway

The first in a gripping new trilogy, The Book of Koli (goodreads link- you know what to do) charts the journey of one unforgettable young boy struggling to find his place in a chilling post-apocalyptic world.

Beyond the walls of the small village of Mythen Rood lies an unrecognizable world. A world where overgrown forests are filled with choker trees and deadly vines and seeds that will kill you where you stand. And if they don’t get you, one of the dangerous shunned men will.

Koli has lived in Mythen Rood his entire life. He knows the first rule of survival is that you don’t venture beyond the walls. What he doesn’t know is — what happens when you aren’t given a choice?

4) Burn Our Bodies Down by Rory Power

Speaking of author’s slowly stealing my sanity- I still haven’t recovered from Wilder Girls and Rory Power is already talking up her  next project that will wreck me.

I don’t even know except when the announcement was made on Twitter there were a ton of corn jokes. So hopefully this doesn’t offend anyone. If it does I will remove it with a quickness.

Release Date: 2020 (according to Goodreads that is all we have)

Publisher: Delacorte Press (You know how I apologized to Orbit, above- repeat)

Genre: Fiction: (I don’t have exact genre information) But I’m going with Sci-Fi as a general catch-all until more specific details are released

Stuck in a rundown apartment in the Middle of Nowhere, Nebraska, Margot has spent her whole life trying to get closer to her secretive, mercurial mother. When she discovers the name of her mother’s hometown, Phalene, she thinks she’s found the key. But Phalene is home to a hundred secrets, hidden between the floorboards of her grandmother’s farmhouse, buried under the cornfields. And if Margot’s not careful, she’ll end up buried there, too.

This book made me feel attacked.

Knox is a bitter, battle-weary supersoldier who leads the Silver Devils, an elite strike squad that chose to go AWOL rather than slaughter innocents. Before the Devils leave town for good, they need a biochem hacker to stabilize the experimental implants that grant their superhuman abilities.

The problem? Their hacker’s been kidnapped. And the ransom for her return is Nina. Knox has the perfect bait for a perfect trap: a lost Library of Congress server. The data could set Nina and her team up for years…

If they live that long.

OK! I bet NO ONE EVER comments that they love hearing my personal antidotes in these Saturday tags EVER EVER AGAIN.

As some may know Madame Bardugo is in town today and I have to get my front license plate removed for her to sign, reading to do and be on time… so here is who has posted so far. I don’t know that I will be around to update it beyond this! Hopefully someone can pick it up and run for me this weekend.

You can also add your links down in the comments!!!

Are any of these books on your radar? Did I help them cast a spell on you?

What books are on your radar that should be on mine?