Welcome to my stop on the FFBC blog tour for the Athena Protocol by Shamim Sarif!

Do you remember the book The Black Coats by Colleen Oakes? It came out in February. The Athena Protocol by Shamim Sarif is an upgraded version of the Black Coats. And by upgraded, let me be clear. They aren’t the same book, although they have some similarities that are both challenges and positives, but The Athena Protocol definitely succeeds in places that The Black Coats did not.
The Athena Protocol is a secret spy agency of diverse female women who bring justice to the world’s evil all over the globe. Think the Avengers, if they were a diverse group of Black Widows minus the assassination bit. High trained in everything from hand-to-hand combat, hacking and reconnaissance, the Athena Protocol will find you and handle you if you are mistreating women in anyway. There is only one rule: you don’t shoot to kill.
When protagonist, Jesse Archer is overwhelmed at a sting operation and takes down a man who holding women and girls captive she is ousted from the group. However, Jesse won’t go so quietly. As she continues to gather information on her own, she realizes that their next case, in Serbia (I had a lot of Marvel: Civil War connections reading this book, not that that is a bad thing) will be much deeper than even human trafficking. But having been ousted, if she tries to help? She herself, will not have any support.
The impact of her being kicked of the Athena Protocol and putting herself in harm’s way by continuing to work this case is two-fold because her mom, Kit, is one of the founders of the Athena Protocol.

This makes their already complicated relationship that much worse. Kit lied to Jesse about her father. She also left Jesse alone quite a bit as a child as she travelled the world as a rock star. Additionally, she is a recovering addict, and although she has been sober for a while, Jesse isn’t having it, which is fair. That is something that needs to be earned.
The characters and relationships in The Athena Protocol are all well-built. There are backstories for each character and to the organization itself that are explored. The best and most flushed out being, first how the Athena Protocol came to be, which is incredibly done. Secondly, both Jesse and Kit grab you through how they are portrayed.
Together, their relationship is real, and it makes sense. It is truly complicated and there is no insta-anything, which is refreshing. Other side characters and backstories have their moments- and there is enough for them to hold their ground, but you know there will be more to come in the sequel.
The pace and story moves, quickly through the action and dialogue. From the beginning it starts, right away. There isn’t building into the plot starting. It just goes and then the action continues to move the plot towards many twists and reveals that I didn’t see coming. There a couple of things I questioned along the way that ended up turning into a twist. But many also completely blindsided me.
One other thing I will mention that I don’t normally talk about. There is a slow burn romance in The Athena Protocol that supports the plot and makes sense. The only reason I mention it is because it works where the same plot device in the Black Coats was an issue. It hindered the plot and caused a problem that has nothing to do with my personal issues with romance.
In all of the above is where The Athena Protocol surpasses The Black Coats. Here is where both books leave me with questions. At what point does the vigilante theme go south. If you go read my review for the Black Coats you are pretty much going to read basically the same thing, with the same meme and the same video clip.
This is a superhero thing, but when Marvel and DC do it, they address it. Batman doesn’t shy from the question of whether violence should beget violence and neither does the Avengers. And at some point, that theme needs to be addressed. If everyone starts taking justice into their own hands, why do we have a justice system? And what is to stop everyone from doing it?

Why is it ok for some to decide that they can have an organization to go out and enact their own sense of what is right or wrong for their decided group of choice and no one else can? And how do they get to determine what is right or what is wrong and then how to hold them accountable for it? And what about these organizations? Who holds them accountable? If there is collateral damage they didn’t intend?
If they begin going beyond their initial scope of intent? Who gets to reign them in? This all works well within the scope of fiction and yes, it is fiction, but you still need to think about the larger theme and address the idea- that is what takes something that is great fiction and makes it something more. 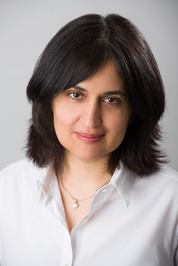 Born in the UK, Shamim is an award-winning novelist, screenwriter, and director.
Her next book, The Athena Protocol, is an all-female YA contemporary action thriller that is published by Harper Teen in October 2019.
Her debut novel, The World Unseen, won a Betty Trask award and the Pendleton May First Novel award.
Shamim has adapted and directed the films of three of her novels including, most recently, Despite the Falling Snow. The book was published by Headline in the UK and St Martin’s Press in the US. The movie stars Rebecca Ferguson and Charles Dance in a story of love and betrayal in cold war Russia. Her films have won 47 awards internationally.
Shamim’s third novel, I Can’t Think Straight, formed the basis of her cult hit film of the same name.
Shamim’s book festival appearances include Hay-on-Wye, Cheltenham and Edinburgh.
An accomplished speaker, Shamim has spoken at TED events worldwide, at the INK Conference in India and DLD in Munich. Corporate speaking events have included Deloitte, Goldman Sachs, Citibank and Disney.
Shamim lives in London with her wife, Hanan, and their two sons.
Connect with Shamim Sarif:
Goodreads
Website
Twitter
Facebook
Youtube
Instagram

8 thoughts on “Blog Tour Stop: Women Enact Justice For Women In The Athena Protocol By Shamim Sarif- Out 10/8”