After sitting here and staring at this and feeling like a horrible person that has to do what I have to do, I didn’t edit this review. It is what it is, and it is pretty snarky. But, I have to be honest and fair. And that is what it is, as it is. And so it is.

Look. I don’t want to keep repeating myself. I really don’t. I’m not mean in my reviews. Not the negative ones, not any of them. But I’m tired. There’s a big review coming tomorrow and thank all the crows it is a glowing review because it hurt my brain out of fear of screwing it up. And then I had to go back to this. 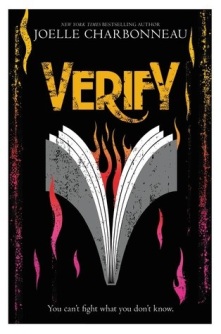 Thank you HarperTeen for an ARC in exchange for an honest review and I hope you don’t hate me forever but this is honest.

The truth? Putting the brutal in brutal honesty? I almost didn’t even write this review. But I finished Verify. So, I’m writing it. And since I’m writing it and I don’t want to repeat myself and I haven’t eaten yet (it is 5:38 PM in St. Louis) and I don’t even know if I peed yet today. Maybe I did. I’m not really sure. But all that being said I need to just go ahead and get this done before something else comes up and stops it.
I finished Verify like I don’t know psh… days ago. And I just. It just. It had me tired. But I was gonna write it and then I ran over all the kittens because of Memory Thief. And so it didn’t happen. And that was on the heels of another bad review and I don’t write this many negative reviews. I feel like a horrible person.  So, I almost just said f’ it.

Look. Even Gomez is damn tired. And that ain’t cool man. It just ain’t cool.

And it isn’t like I throw my reviews. I don’t do that, either. I just don’t normally run into a string of books like this that are this far off the mark. I mean, meh books. Sure, yeah ok. I can get in and out of those reviews and whatever because there is good and bad in those, and fine. Not everything is going to smell like roses.
My Aunt Jess used to say her farts smelled like roses. Of course, they didn’t. But that’s not the point. Because, unfortunately for Joelle Charbonneau, this is a dutch oven and that’s a shame because her last book? Time Bomb? It was a good middle grade version of This is Where it Ends. I read it way before I started this blog. But it was to This is Where it Ends what Dear Martin is to The Hate U Give. And so, I had hope for Verify because you have to have hope. Even if it is Bob.

And then you lose that, too. And why did I lose hope? Including Bob? Because of the obvious and that is just the start of Verify’s problems. YOU GOTTA WORK WITH ME. GIVE ME A BREAD CRUMB. IT ISN’T DIFFICULT. I don’t need a bungee cord to suspend disbelief. Get some plaster and close the damn plot holes. Now that, that is done…
…the rest of the story. Meri. Poor Meri has lost her mom. Like not lost her because she went out for bread and Meri doesn’t know what store she is at. No like dead. Oh, but wait! Bonus points. She stays dead! YAY! I’m not morbid. Go read my Grim Reaper post.
But Meri isn’t so much as a character as much as she is a stick figure. I couldn’t care less that Meri’s mother is dead beside the fact that at least there is enough respect shown for death that mom stays dead. I just didn’t care.
Hell, I didn’t even bat an eyelash when she dealt with her alcoholic dad and I had an alcoholic abusive dad. I always sit-up and take notice to see if that is at the very least, handled responsibly. But nope. Nada. Nothing. 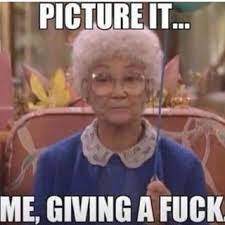 And when Meri’s mother left clues behind that are supposed to get Meri to realize that the utopia, she thinks she’s living in is actually some bubble of manufactured bliss? I didn’t really care much about that either. But unfortunately, Meri did.
In fact, I would’ve been perfectly fine if Meri had decided, you know what Mom? Fuck you. You are dead and I’m still in this God forsaken futuristic (or at least I think it is futuristic- but one issue at a time) Chicago (that’s ANOTHER shitshow- I’m telling you this book is one chromosome from being an amoeba) and so screw you and your clues, I’m happy being blissfully ignorant. 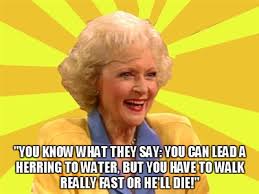 Unfortunately, she doesn’t do that. Nope. Instead Meri starts following the clues to figure out what the government is up to. And without giving away the ending because lord knows you may want to read this at some point in your life?! She starts finding out that all the “factual” news everyone is reading, textbooks that tell only the “truth” in school and the picturesque, perfect country she lives in is just a bunch of – you have to see where this is going, right?
… fake news. You can’t help but picture Trump watching Fox and Friends 24/7 screaming MAKE AMERICA GREAT AGAIN, which would be a great dose of art reflecting reality, if the plot didn’t BEAT THE HORSE TO DEATH.
Now about that setting. First the timeline. What timeline? What is time, anyway? I mean if we aren’t given a time, dystopia could be in the past, present, future? Who knows? We sure don’t. Not really. I mean we are kinda left to guess at it for the most part, which is eternally annoying.
And then there is Chicago. Look. I lived in Chicago for almost two years. That city has some ‘tude. I enjoyed my time in Chicago.
Minus the fact that Chicago is mentioned in the synopsis? I COULD HAVE BEEN STANDING ON THE “BEACH” AND WOULD HAVE HAD NO CLUE VERIFY WAS SET IN CHICAGO UNTIL CHARBONNEAU STARTED DROPPING LANDMARKS.
I’m pretty sure you could be Jonathan MF Toews and you wouldn’t know it was set in Chicago. And if you don’t know who that is?

Now about the ending. Oh, don’t worry. I couldn’t spoil it if I wanted to. You know why? I have NO EARTHLY CLUE WHAT THE HELL WAS GOING ON. First of all, like all of a sudden, the book goes from a bunch of people that Meri finds out have been sitting around knowing what is going on but doing nothing to superwoman who convinces all of the people of all of the things.
Then like crash bing bang boom the book is over. And the scary part is that this is a series. GOD HELP ME. There is more coming. I’d rather Time Bomb had been a series even if it meant blowing up another school.
Jesus. I just talked about blowing up a second school to keep a series going and stopping this one. I could keep going but I’m just going to stop here now. Goodnight Gracie. 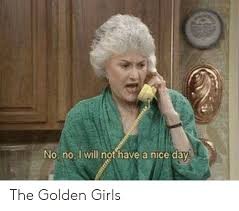