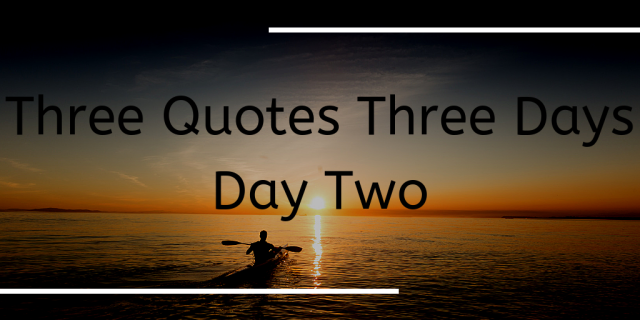 The one thing I think Kaz and I have in common is street sense (thank you Brooklyn, NY). He knows the rules and he knows how to make them work for him. And so do I, or so I’ve been told (for the most part). People may, and usually do, get the best of me, unlike Kaz. But not the world as a whole. If both had the best of me, I wouldn’t have made it this far.
And while Kaz, as Inej and Jesper have pointed out, will surprise you like a swarm of bees (wasps?), he does protect his- Inej with Uman, Jesper and jurda, Nina in fjerda and so forth. He doesn’t like to show it and he doesn’t even understand it half the time himself, but he does. And whether being able to provide that protection for those you care most about, or being under that protection? I’d like the ability to do either. And I haven’t.
So with that. I’m going to give you some of my favorite quotes from and/or about Kaz Brekker.
The Rules
• Thank the person who nominated you
• Post a quote for 3 consecutive days (1 quote for each day)
• Nominate 3 new bloggers each day
For Day 2 I am nominating:

I don’t even know why I’m ending with these two “quotes.”
One is a little exchange between Kaz and Van Eck. And one is about Kaz.
Well no. I know why I’m including the latter. Because it is the best opening I’ve ever seen in a book to this day. And second because I just think it speaks to perception vs. truth.
It isn’t really about any connection to Kaz, himself per say. But more about whether or not what you see about someone on the outside is really what you should go on. You never know what is going on behind the scenes. Now on one hand, we can’t always drive ourselves crazy with acting on what we don’t know. We can only act on the knowledge we have, the cards we are dealt. This is true. But we can have a modem of decorum, empathy and compassion for what others may be going through that we don’t know. And on a grander scheme, just not knowing for better OR worse what the intentions of others are.
Sometimes you should look the gift horse in the mouth because you  might find rotten teeth. Often things are too good to be true. Things are often not what they seem. And just as you want to have compassion and empathy for the things people might be going through that you don’t know about? You also want to be careful for the kindness of strangers with candy and windows without vans… and wow that got sinister lol. Brooklyn seeping out, I suppose.
And damn it. It just gives me chills to open up Six of Crows and know what’s coming.
The latter? I guess I just like it. I like that Kaz knows who he is and fuck it to hell. He knows that money, clothes and finery doesn’t make anyone his better and that just because something is legal doesn’t make it less dangerous than anything he is doing.
And more importantly, he isn’t afraid to state it. This world needs more people who can not only articulate these points but can recognize when legality doesn’t equate right.  Lord knows I’m not always quick on the uptake, unfortunately. Although I’d like to think I do get there.
1)

“Kaz Brekker didn’t need a reason. Those were the words whispered on the streets of Ketterdam, in the taverns and coffehouses, in the dark and bleeding alleys of the pleasure district known as the Barrel. The boy they called Dirtyhands didn’t need a reason any more than he needed permission – to break a leg, sever an alliance, or change a man’s fortunes with the turn of a card.
Of course they were wrong, Inej considered as she crossed the bridge over the black waters of the Beurscanal to the deserted main square that fronted the Exchange. Every act of violence was deliberate, and every favour came with enough strings attached to stage a puppet show. Kaz always had his reasons. Inej could just never be sure they were good ones. Especially tonight.”

Kaz laughed. “What’s the difference between wagering at the Crow Club and speculating on the floor of the Exchange?”
“One is theft and the other is commerce.”
“When a man loses his money, he may have trouble telling them apart.”
“The Barrel is a den of filth, vice, violence—”
“How many of the ships you send sailing out of the Ketterdam harbours never return?”
“That doesn’t—”
“One out of five, Van Eck. One out of every five vessels you send seeking coffee and jurda and bolts of silk sinks to the bottom of the sea, crashes on the rocks, falls prey to pirates. One out of five crews dead, their bodies lost to foreign waters, food for deep sea fishes. Let’s not speak of violence.”
Van Eck continued paging through the file. “You run book on prize fights, horses, and your own games of chance. You’ve been floor boss at the Crow Club for more than two years. You’re the youngest to ever run a betting shop, and you’ve doubled its profits in that time. You’re a blackmailer-“
“I broker information.”
“A con artist-“
“I create opportunity.”
“A bawd and a murderer.”
“I don’t run whores, and I kill for a cause.”
“And what cause is that?”
“Same as yours, merch. Profit.”