I promise. No seriously. I made this, pretty much, for the faint of heart. I’m not trying to gross anyone out here. If you like American Horror Story? You’ll get that much more of a kick out of it. If not? You can still have fun with this tag!
Some quick background- American Horror Story and I are a new phenomenon. During my hiatus, when Mom was sick? We were convinced to binge watch it. I know. I know. But it was surprisingly good, even beyond the shock factor. And truthfully? My favorite season, Coven? It is the least gory season of the whole shebang. Just always ALWAYS skip the show’s intro. We did. ALWAYS
There are no rules– this is American Horror Story.
So let’s get this going… 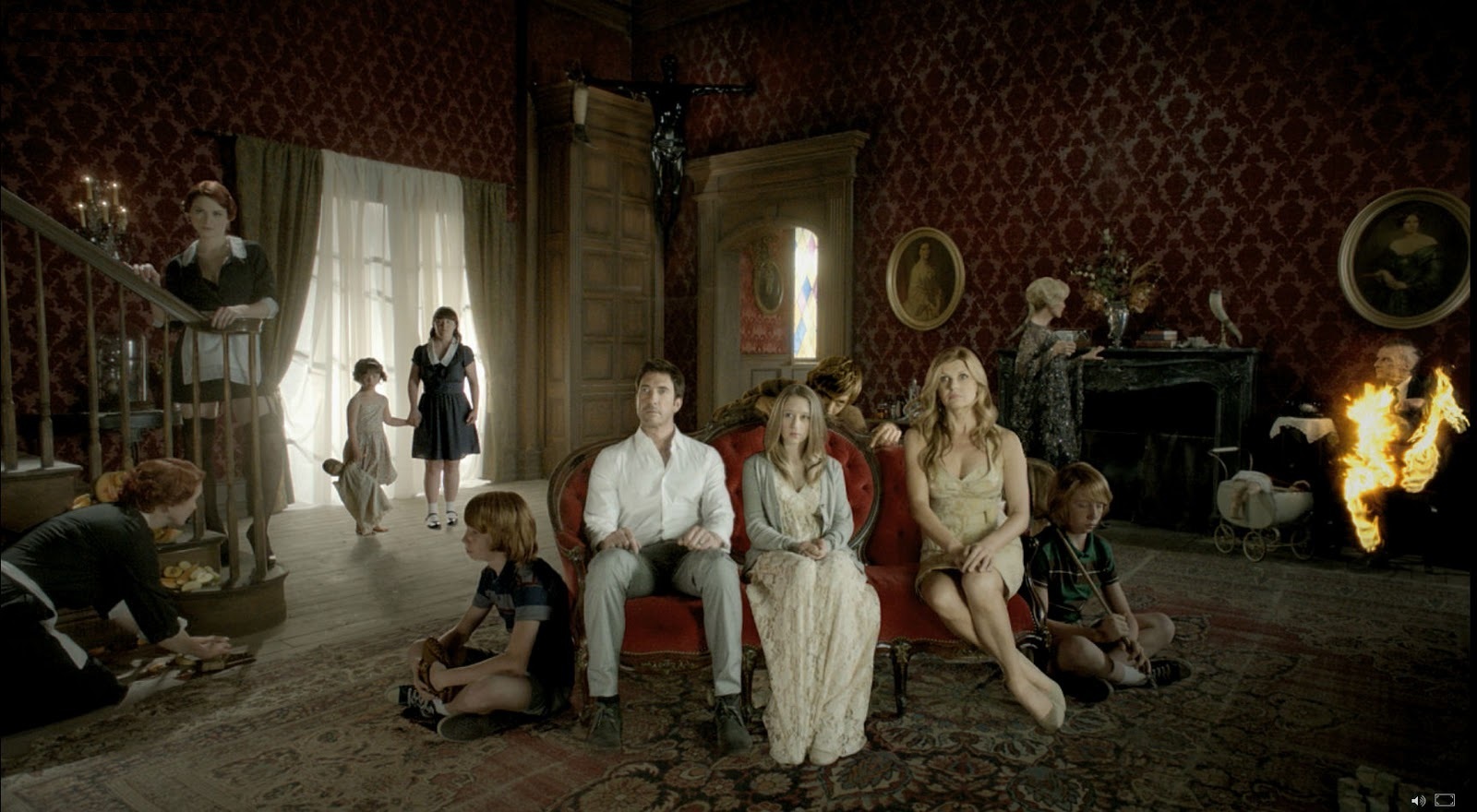 A book with a haunted house

Let’s just say you better not die in this house unless you love it enough to never leave.

Turn of the Key by Ruth Ware (Review Linked)

Ah yes. The Smart House with a mind of its own. You had to figure that this generation was going to be the first with the Smart House run amok. It screamed of Space Odyssey’s: 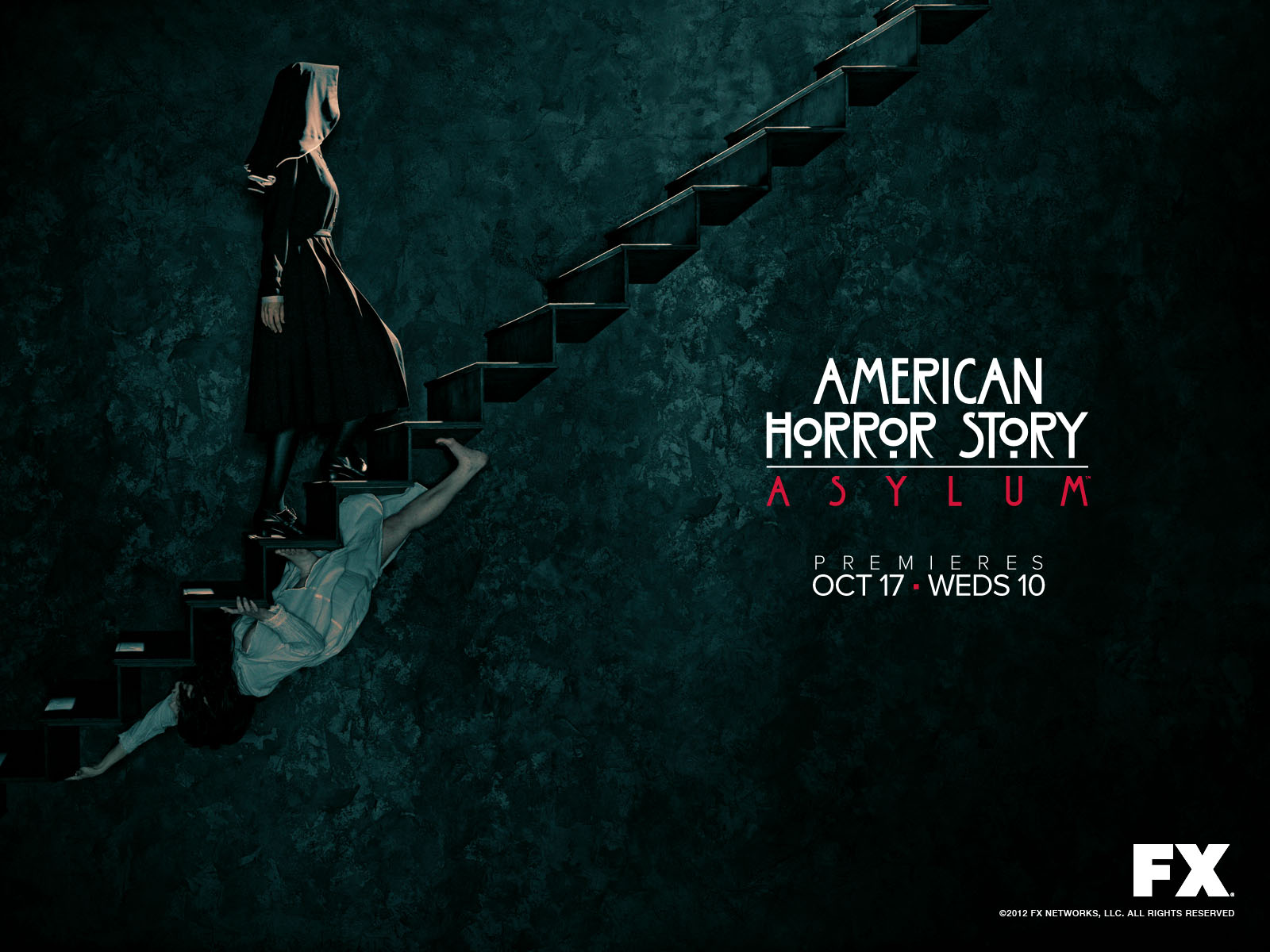 A Book You Read Where Someone Was Possessed

Or in the case of the book I chose? The Devil made them do it. Needful Things by Stephen King remains my second favorite, behind The Eyes of the Dragon. Ironically, probably the best movie attempt, as well. 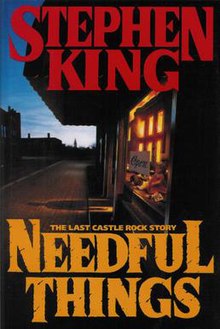 A Book With Witches

WHAT THE MESS OF A SEASON! I’m not alone in my opinion that Coven is the best American Horror Story put out so far. Oddly the least gory.  Oh wait– did I mention the Voodoo? Oh yeah… welcome Angela Bassett to the cast of American Horror Story! Oh and Stevie Nicks? Yes she makes an appearance!

<mumbling under my breath> Until I find Coven in a book I’m not answering. I’m praying it is somewhere in Hex Life. I’m reading it next week… 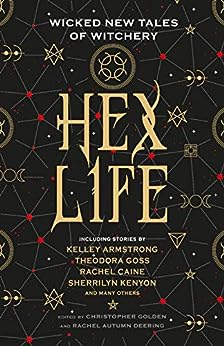 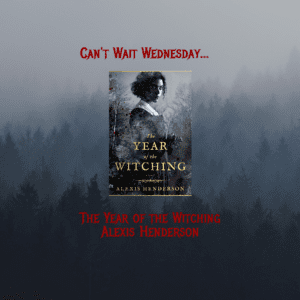 What evil, manipulation, drama, evil.. oh wait? Did I say evil twice? Yeah. Well. It is American Horror Story after all. Back to the tag. What evil lurks behind the Circus and Carnivals? Well don’t watch unless you want the bloodiest, creepiest of answers.

A Book with the Circus or Carnival

I HAVENT READ CARNIVAL YET BUT I REAG WANT TO….. 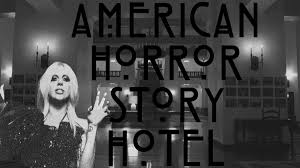 A Book With Vampires

Yes. Dracula’s daughter is carrying the family line! I can’t wait for book three in a series that is going to go past a trilogy, so I can see what the royal family of Vampires will have in store for the Council, Zio, fairy’s and Venators. Bring it! Reviews Linked 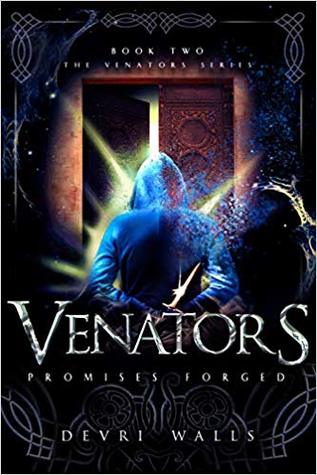 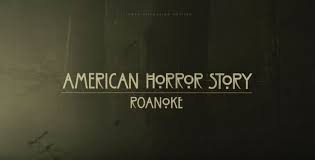 A Horror Book That Was Also A Period Piece

Roanoke was a kick in the ass for a couple reasons. It brought the past into the future and it made a statement on police and racial profiling.

An Interview With The Vampire- Anne Rice 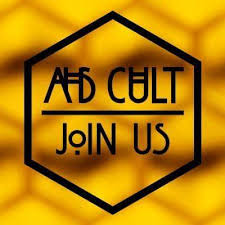 A Horror Book With A Message

This seems to be a season everyone loves or hates. I’m not sure if that is political or not, to be honest. This is the seasons American Horror Story went all out political. And it didn’t just go political. It stance on those politics were obviously clear. Trump= evil. Librels= good.To be fair, it was more balanced in the idea that BOTH sides were capable of a tremendous amount of harm. When either side went to extremes – and in true AHS fashion extreme was well, EXTREME, to “change the world,” in the way they believed it should be, both sides caused catastrophic damage.

Don’t. Screw. With. The. Environment. And that is all I’m willing to say there. Review Linked. 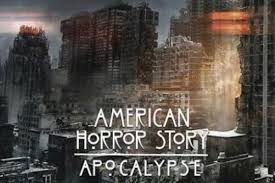 The season that brought everything back around. Your favorite characters that aren’t dead come back around for a grand reunion in Apocalypse for the end of the world! And they really aren’t feeling fine!

Dystopian Utopian — Tomato Tomahto. Neal Shusterman likes to play with words. It is what he does. And so brilliantly. But Toll is coming and so I’m dropping the Arc of a Scythe Series right here! 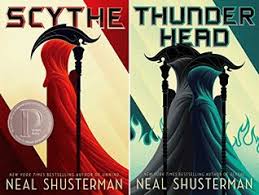 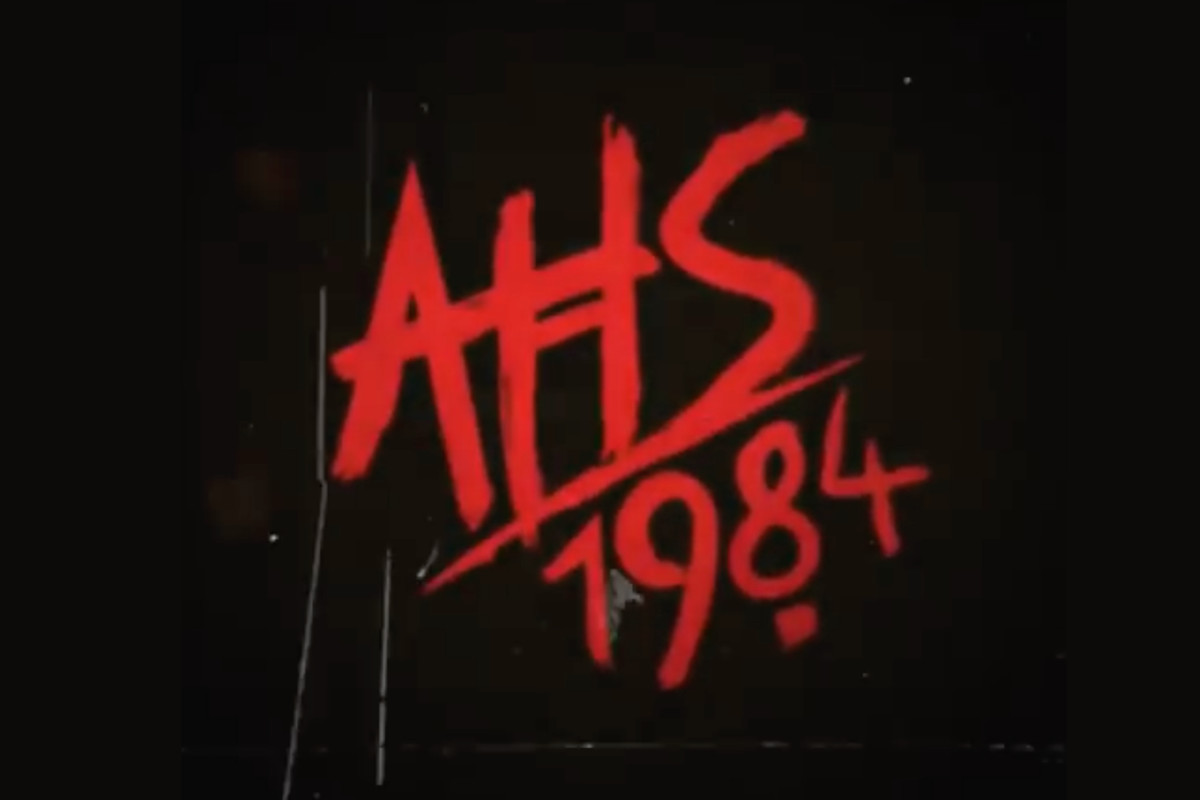 Not a WHOLE LOT is known about the next season of American Horror Story. It is believed to have its roots in the slasher films of 80s lore (Freddy, Jason etc…) and a couple returning cast favorites. But that is about it for now.

I’m not sure the 1980s set bizarro creepfest is quite horror- it isn’t gory but it is hella odd- kinda Stranger Things twisty odd. The third part is from a dog’s point of view- the crypt keeper as I called him in my review (linked above). The book is hella good.

OK! See that was painless- right? Well for us anyway. Can’t speak for the cast of AHS. I hope you give it a shot. Or at least got this far!!!! Thank you for taking the time, if you are reading this part. It is only my second self-created tag. And a FAR CRY from the Golden Girls- ha! I’m not going to tag anyone because– TRAUMA? But give it a shot! Enjoy it!