It is selfish, really, isn’t it? You are so afraid of the monster you are inside and so desperate to fix it that you will do anything to do so. The problem is, you stop paying attention to those you have harmed.

Thank you to Katherine Tegen Books, HarperCollins and Edelweiss for an ARC of The Beckoning Shadow in Exchange for a fair review.

Please Check Out My Interview with Author Katharyn Blair From Last Week!

In doing so, you selfishly try to undo what you believe makes you the monster to everyone. When in reality, what hurt them, what truly hurt them, isn’t what you are trying to fix but the choices you are currently making. When you stop listening and remembering the pain you caused and those that caused it, their needs for healing are replaced by your selfish desires to fix things the way you see fit.
And the decisions catapult you into a darker place until you start wondering if you could become an even bigger monster than the one you believed you were running from, in the first place. This is one of the overarching themes in Katharyn Blair’s The Beckoning Shadow.
Between two of the main characters names, Vesper (which means prayer and becomes a bit of a running joke) and Sam (which means Sam lol), I couldn’t help but get this out of my head.. 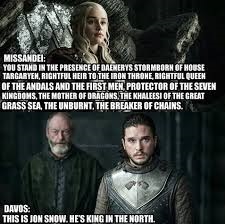 But anyway, back to the characters themselves. Vesper, right off the bat, draws you in to a feeling that I won’t say *everyone* can relate to but one that many can. One that I know I have been able to relate to many times.

My life used to be filled with the normal kind of fear… The kind of fear that is learned- the kind that is taught… But I abandoned that fear… After all the warnings, all the lessons, all the looks over their shoulders… I was the scariest thing.

The thing is that this isn’t something that is resolved off the bat.

I am the scariest thing; I am the nightmare. Me.

No matter what she is told. No matter what others see in her. Vesper, to her core believes she is the monster. She must stay away from everyone or she will hurt them. And not only is this not resolved but in fact, it does get worse. Without accepting who she is, what she holds within herself as not a curse but something that can do good (and we will get to that in a moment), she is driven to make choices that chip at her piece by piece until she realizes she might just become even worse than where she started.

And there it is. The ability to let the monster you believe you are drive you to decisions that force you to become a worse than a monster you never were to begin with. And the worst part is that the choices she is making are choices that those she harmed wouldn’t want her to make in the first place, but she can’t see beyond how she would fix the damage to find out before she loses herself completely, not only to the monster she believes she is but the one she actually might become.
Vesper is an oddity. Oddities have become myths in the real world. This is not a fantasy novel in the sense that it is set in another world. This is set-in present-day San Francisco where you have oddities (humans with different abilities) and baselines (plain old people). Some examples of oddities:

However, as the story progresses it is revealed that Oddities are not myths. They just can’t show their powers in front of baselines due to Wardens. Wardens are meant to keep humans “safe” from Oddities made to do them harm and in some twisted way, they believe, to keep Oddities safe. But that goes wrong somewhere along the line and takes a very dark and twisted turn.
Vesper is a harbinger, which is considered one of the most feared and dangerous oddity. She hasn’t learned to control her powers and fears it. It is the monster within her. It is what she fears most, and it scares her. She fears herself more than anything else and believes that that others should be scared of her more than anything else, as well.
Then there is Sam, a baseline. Sam can’t accept the death of his girlfriend two years ago. He can’t get past it. He’s so desperate to undo her death he is willing to use the monster Vesper believes she is to bring Elisa back.
An “unraveling” tournament to bring Oddities back to the surface of society and free them promises a prize to the winner. The chance to unravel one thing from their past. Sam is willing to sponsor Vesper (paying the $10,000 wildcard fee) for that one chance to bring Elisa back. But he never stops to think about whether that is what Elisa would want and whether that would truly make anything better.
Unbeknownst to Sam, Vesper will use him to get into the tournament and if she wins take the unraveling for herself and undo what she believes will fix everything and make her life whole again.
Is reversing the past better than accepting it? This is a second theme that Blair beautifully interweaves throughout the story for both characters. It plays into both their stories. It feeds right into their inability to hear those around them. Those that know them best. Whether it is those that they have harmed, or those that watched what they have lost. They shut down and decided what was best and that was to undo rather than accept the past.

But accepting things has its own power, you know. It’s just not as alluring as control.”

For Sam and for Vesper, this is easier said than done. And whether they can give up that control in exchange for acceptance. If they can face the demons (both perceived and real) inside of themselves so that that they can the face honest truth of those they hurt and those they were going to hurt? And hear how they can truly fix the past, the hard way.
Not our way, not the easy way- because often we all want to snap our fingers and undo actions in the past. But that would be the easy way.  Often the only way to truly repair the damage done to those that we have harmed and repair, return to and resume the relationships we have damaged is by not just hearing how to fix the damage but what was actually the damage we caused in the first place?
Chances are if we stopped listening to how they want us to fix the damage, we might not even know what the damage was. Step 1 is always acknowledge. Step 2 is acceptance. Then you can move on to amends. For both Vesper and Sam, it will be a long road to haul, if they choose to take that road at all. Both themes are extremely important and woven together perfectly. They aren’t forced, not overdone. They interlock together like a puzzle.
The only suggestion I might make is that Sam and Vespers growing relationship is a trope definitely not needed and out of place. Sam is pining over a dead girlfriend most of the book which doesn’t work in this context. But they do work as very close, best friends. I would have liked to see it stay that way. The relationship teenage drama and then sudden realization towards the end of the depth of Sam’s feelings just didn’t sit right.
It didn’t at all take away from the amazing story being told and wasn’t overly done. It is a very slow build until the last 1/4 of the book or so, so it doesn’t overtake the story at all. It just wasn’t needed, in my opinion.
There is some confusion around whether this is a stand-alone or a series. From the end of the book I can definitely seeing it go either way. The world building, world of Oddities and other pieces of the ending I don’t want to spoil, I would DEFINITELY love to see a series come of The Beckoning Shadow. Either way, considering this is Blair’s first novel, I’m all in no matter what she does next!
There is one other thing I want to say about Vesper. Actually, I want to say to Vesper. I want to dedicate a song to her. I’ve never quite done this before. But from the moment she started talking about how terrified of herself she was a song started kicking in my head, well two. Both by the same band. One is called Unwell (you can look it up, if you like) But I chose this one, instead. Roll your eyes if you must. But Rob has always been a great song-writer when he does the dark and twisty. And this is no exception. I have always related to and loved this song.

Previous Post: « In Which We Hate Authors, Find That Kindles Hurt, Learn About Apocalyptic Pirates, Thank Publishers For ARCs And Say A Happy 20th Anniversary In The Week That Was…
Next Post: Wilder Girls Author Rory Power Talks About The Draw Of Complicated Characters, Provide the Perfect Wilder Girls Playlist, Her Summer Reading List and Tidbits About Her Next Project… »