With summertime here, it is time to get into shape! Try not to kill yourself!! Lord knows I’m not trying to kill myself. Because, why? Someone younger will just come along and end up with a… charlie horse???!

First: The Summer Fling has been updated (overhauled.. I can’t even tell anymore??) but all for great reasons! It kicks off this week with Taran Matharu’s The Chosen!
Second: I received two more awesome fall hard copy arcs this week (I couldn’t take pictures with the boys because Gomez isn’t feeling well- he’s on medication and Liam said no way- and if Gomez can’t, Pavel can’t). But there are pictures from my last apartment that Liam approved in the confessions post from Saturday, below!

What Makes Us by Rafi Mittlefehldt
Genre: Contemporary (YA) Release Date: 10/15
Candlewick Press
A viral video reveals a teen’s dark family history, leaving him to reckon with his heritage, legacy, and identity in this fiery, conversation-starting novel.
Eran Sharon knows nothing of his father except that he left when Eran was a baby. Now a senior in high school and living with his protective but tight-lipped mother, Eran is a passionate young man deeply interested in social justice and equality. When he learns that the Houston police have launched a program to increase traffic stops, Eran organizes a peaceful protest. But a heated moment at the protest goes viral, and a reporter connects the Sharon family to a tragedy fifteen years earlier — and asks if Eran is anything like his father, a supposed terrorist. Soon enough, Eran is wondering the same thing, especially when the people he’s gone to school and temple with for years start to look at him differently. Timely, powerful, and full of nuance, Rafi Mittlefehldt’s sophomore novel confronts the prejudices, fears, and strengths of family and community, striking right to the heart of what makes us who we are.

Crown of Oblivion by Julie Eshbaugh
Genre: Fantasy (YA) Release Date: 11/19
HarperCollins
Astrid is the surrogate for Princess Renya, which means she bears the physical punishment if Renya steps out of line. Astrid has no choice—she and her family are Outsiders, the lower class of people without magic and without citizenship.
But there is a way out of this life—competing in the deadly Race of Oblivion. To enter the race, an Outsider is administered the drug Oblivion, which wipes their memory clear of their past as they enter a new world with nothing to help them but a slip of paper bearing their name and the first clue. It’s not as simple as solving a puzzle, however—for a majority of the contestants, the race ends in death. But winning would mean not only freedom for Astrid, but citizenship and health care for her entire family. With a dying father to think of, Astrid is desperate to prevail.
From the beginning, the race is filled with twists and turns. One of them is Darius, a fellow racer Astrid meets but isn’t sure she can trust. Though they team up in the race, as Astrid’s memories begin to resurface, she remembers just who he was to her—a scorned foe who may want revenge. Astrid also starts to notice she has powers no Outsider should—which could help her win the race, but also make her a target if anyone finds out. With stakes that couldn’t be higher, Astrid must decide what is more important: risking her life to remember the mysteries of the past, or playing a cutthroat game in order to win her—and her family’s—freedom.

On with the week that was… I’m pretty sure this was the first week I didn’t do a book review. I was like a fish out of water…  <shivers>…

My Fault. Just Because You Were Old Like Yoda, I Thought You Were Wise Like Him Too- A Golden Girls Tag

Because it is Wednesday. WWW- Down and Dirty Reading Discussion! 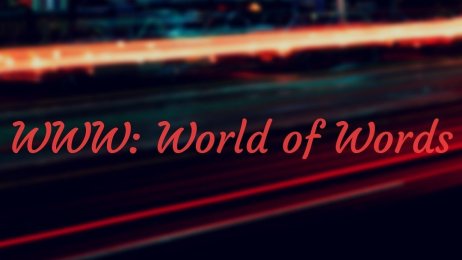 Come one, Come All! Video Q and A with Venators Author Devri Walls

Confessions Of a Book Blogger (the boys convinced me to blab): Four Bookish Truths and Two Lies: A Book Tag…

Last week of May!

As mentioned above,  Q and A with Author of The Chosen, Taran Matharu, and Review  (Out June 4th) to kick off Summer Fling!

Week of June 7th – 19th Bladesman by S.J. Hartland before heading into its sequel The Last Seer King and Q and A towards the and of the month.

Coming Soon… Charlie Laidlaw’s Space Between Time Blog Tour, Q and A with Dear Wife author, Kimberly Belle… and we are just getting started!

There may also be some TBR or early non-featured/embargoed ARC reviews!

2 thoughts on “Summer Is Coming… No Seriously. Last Weekly Round-Up of Spring!”

From Fae To Serial Killers, Camilla Bruce Has Become A Go-To For Utter Destruction- With The Release Of In The Garden Of Spite- An Interview