That means two things:
1) Game of Thrones is coming (someone bring me a Game of Thrones Tag please)!!
2) Endgame is going to shatter me on April 26th! I will have all posts that weekend pre-written. If Infinity War is any indication, I won’t be able to function.

I came across this Avenger’s book tag, when the Books Untold (please go see her tag) completed it. I am no tagging anyone specific With the end of an error coming in 17 days…..

Iron Man – a book that made you laugh out loud

Not only is this book completely true and everyone should read it just for that fact, but it is also completely hysterical. I found myself both laughing out loud and learning more than I can tell you reading this book. So many people borrowed it at the time that I don’t even know where it is and that is fine. It is book that should be shared.

Captain America – a book that sends a positive message

For Everyone by Jason Reynolds

I bought this book and literally read it standing by my car. It is a beautiful poem that is, as the title says, For Every One. It will pick you up, make you smile, give you a lift and help you keep on when you want to quit. It will remind you that you aren’t alone in the journey. And more than anything it will remind you to jump.

Thor – a book with a character’s strength you admire

The Hate U Give by Angie Thomas

Because Starr. How do you not admire Starr? This teenage girl has more strength, love, courage and bravado in her pinky than most adults do in their entire body. And she uses it. Starr found a way to stand up against adult, every social construct and every fear to teach us all.

Black Widow – a book with a kick ass female protagonist

For all my love of Kaz, you have to stand up for Inej. Respect. Trust and believe. Respect. “The heart is an arrow. It demands aim to land true.” Inej finds her purpose. Through being sold into a whore house, becoming a wraith, being kidnapped, beaten, chased down by an assassin? Inej finds her purpose and stays true to her core and what she knows she deserves out of life and a boy. Respect.

Hulk – a book that made you incredibly angry

Song of Fire and Ice/Game of Thrones- George R.R. Martin

Yes. I’m cheating again on this one. But in my defense, tell me it isn’t the right call. There are SO MANY to choose from that I had to narrow it down to two: Joffrey Baratheon and Ramsay Bolton. I never felt such relief  Joffrey died because that was the first death that I actually WANTED to happen. Bonus points because Olanna caused such a gruesome and painful death.

Then of course there is the mutilating, twisted, villainous, psychopath Ramsay. If Jon Snow has ever done anything wrong? He really should have listened to Sansa. Seriously. Death by your own dogs. Eaten alive. And the smirk on Sansa’s face? Well. That was a thing of beauty. Call me malicious, cruel and sadistic.

Call me whatever you like. I don’t care. I have no shame. I took great joy in seeing both of them go down in such horrifyingly visceral fashion. 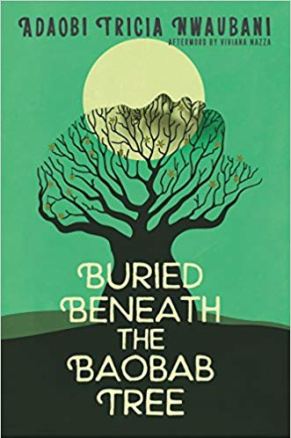 From my review (one I’m most proud of):

Adaobi Tricia Nwaubani interlaces coming of age rituals, best friends and foreshadowing to set-up the fictional retelling of 2014’s terrorist raid of a Nigerian village based on the stories of those women that survived.

I’m not sure how this book didn’t get more attention both because of how brilliant it is and also because of what it is about.

Loki – a book with a twist or surprise that tricked you

Allegedly and Monday’s Not Coming by Tiffany D. Jackson

I’m not choosing and you can’t make me. Read them. That is all I’m going to say because I’m not spoiling them. Let Me Hear a Rhyme, Ms. Jackson’s third book is due out at the end of May and Lord only knows what will drop at the end of THAT book. You won’t be disappointed by any of the work she puts into the world. Not by the plot, the social issues tackled, the twisty entertaining plots she wraps them into and not by the endings you never see coming (even after you think it has already happened). Don’t say I didn’t warn you.
See you in therapy on the 27th.