Skip to content
In my first edition of Stacking the Shelves I have decided to bring you three already published books (all by authors I've never read before). This is also my chance to thank the Saint Louis Public Library for being tied wit

In my first edition of Stacking the Shelves I have decided to bring you three already published books (all by authors I’ve never read before).

This is also my chance to thank the Saint Louis Public Library for being tied with Forest Park as the Jewel of Saint Louis and my saving grace. Bless you and all you do for the city. Neither judge me for the amount of biking or books I have checked out at any given time (last the app told me it was somewhere around 35) …

…and if I have been absent from Forest Park could be something about a PGA Tournament and an International Festival but I digress.

First Book Up: The Thief by Megan Whalen Turner

Ok don’t faint… I know, I know… look I’ll just repeat the meme above if you make do so. Now, for those of you who were unaware (its ok we can be unaware together):

Book One in the Queen’s Thief Series that spans… wait for it… over 20 years and is coming to an end March of 2019 with Return of the Thief.

Synopsis from Megan Whalen Turner’s Web Site (Linked Above): The most powerful advisor to the King of Sounis is the magus. He’s not a wizard, he’s a scholar, an aging solider, not a thief. When he needs something stolen, he pulls a young thief from the King’s prison to do the job for him. Gen is a thief and proud of it. When his bragging lands him behind bars he has one chance to win his freedom, journey to a neighboring kingdom with the magus, find a legendary stone called Hamiathes’s Gift, and steal it.
The magus has plans for his King and his country. Gen has plans of his own.

Genre: Action and Adventure/Fantasy/Myths and Legends

Also, from the afore mentioned website, here is a great book trailer for The Thief: 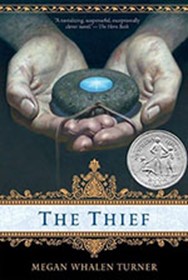 As a kid I went through Stephen King and Dean Koontz like it was nothing. I laughed at Jason, Michael and Freddie. I think at one point it might have scared my mom. Then due to a series of unfortunate events (for lack of a better term) that all came to a screeching halt. It wasn’t until I had multiple surgeries a couple summers ago and my mom had me cornered that I was forced to watch six straight seasons of The Walking Dead and reengage with the horror genre. I will give my mom some credit, though. She’s right. By the time they get to the farm it really isn’t about the zombies anymore. It is about what people due to, for and against each other in order to survive. I mean they still wreak their havoc, but it isn’t the center of attention. Stupid me then ends up picking up The Girl with All the Gifts the next summer and promptly NOT sleeping for four days. DON’T EVER READ THAT BOOK but DEFINITELY MAKE SURE YOU READ THAT BOOK BECAUSE EVERYONE SHOULD READ THAT BOOK. IT IS AN AMAZING BOOK THAT NO ONE SHOULD EVER READ. If you never thought you could have complete empathy and disgust at the same time, let M.R. Carey hold your beer. SYFI had rumors of turning it into a tv show and I hit the floor into a fetal position and… oh wait… sorry… back to the blog…
Anyhow I had been debating on whether or not I even wanted to attempt to read The Cabin at the End of the Word but when I saw how long the line was at the library to get my hands on it (I was literally like 50th on the waiting list) I figured I might as well go on the waiting list and see how I feel when it comes around to my turn. So, I decided to take it. Haven’t read it yet but I think I will.

Goodreads Synopsis: The Bram Stoker Award-winning author of A Head Full of Ghosts adds an inventive twist to the home invasion horror story in a heart-palpitating novel of psychological suspense that recalls Stephen King’s Misery, Ruth Ware’s In a Dark, Dark Wood, and Jack Ketchum’s cult hit The Girl Next Door.
Seven-year-old Wen and her parents, Eric and Andrew, are vacationing at a remote cabin on a quiet New Hampshire lake. Their closest neighbors are more than two miles in either direction along a rutted dirt road.
One afternoon, as Wen catches grasshoppers in the front yard, a stranger unexpectedly appears in the driveway. Leonard is the largest man Wen has ever seen but he is young, friendly, and he wins her over almost instantly. Leonard and Wen talk and play until Leonard abruptly apologizes and tells Wen, “None of what’s going to happen is your fault”. Three more strangers then arrive at the cabin carrying unidentifiable, menacing objects. As Wen sprints inside to warn her parents, Leonard calls out: “Your dads won’t want to let us in, Wen. But they have to. We need your help to save the world.”

Thus, begins an unbearably tense, gripping tale of paranoia, sacrifice, apocalypse, and survival that escalates to a shattering conclusion, one in which the fate of a loving family and quite possibly all of humanity are entwined. The Cabin at the End of the World is a masterpiece of terror and suspense from the fantastically fertile imagination of Paul Tremblay.

I can’t even remember how I found this book and part of me is sure I checked it out because I’m still spiting over not being able to see the nation-wide Murder Mystery Tour in St. Louis through the end of August. Either way, I’m pretty sure that This Body’s Not Big Enough for the Both of Us is going to be Epic or an Epic fail. I do have a love of these type of murder mystery snark type things. I’m apart of the Clue Cult. I loved the new movie Game Night and one of my top five episodes of the Golden Girls was the Case of the Libertine Belle. So, when this book described itself as a brilliantly subversive and comic thriller celebrating detective novels, Hollywood action and the worst case of sibling rivalry… I figured it was as close as I was getting to anything I didn’t have memorized resembling murder, mystery and comedy (there’s something seriously wrong with me…). 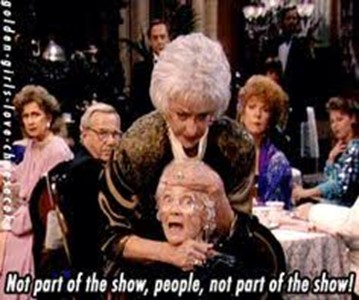 Goodreads Synopsis: In a dingy office in Fisherman’s Wharf, the glass panel in the door bears the names of A. Kimrean and Z. Kimrean. Private Eyes. Behind the door there is only one desk, one chair, one scrawny androgynous P.I. in a tank top and skimpy waistcoat. A.Z., as they are collectively known, are twin brother and sister. He’s pure misanthropic logic, she’s wild hedonistic creativity. A.Z. have been locked in mortal battle since they were in utero…which is tricky because they, very literally, share one single body. That’s right. One body, two pilots. The mystery and absurdity of how Kimrean functions, and how they subvert every plotline, twist, explosion, and gunshot–and confuse every cop, neckless thug, cartel boss, ninja, and femme fatale–in the book is pure Cantero magic. Someone is murdering the sons of the ruthless drug cartel boss known as the Lyon in the biggest baddest town in California–San Carnal. The notorious A.Z. Kimrean must go to the sin-soaked, palm-tree-lined streets of San Carnal, infiltrate the Lyon’s inner circle, and find out who is targeting his heirs, and while they are at it, rescue an undercover cop in too deep, deal with a plucky young stowaway, and stop a major gang war from engulfing California. They’ll face every plot device and break every rule Elmore Leonard wrote before they can crack the case, if they don’t kill each other (themselves) first.
This Body’s Not Big Enough for Both of Us is a mind-blowing, gender-bending, genre-smashing romp through the entire pantheon of action and noir. It is also a bold, tautly crafted novel about family, being weird, and claiming your place in your own crazy story, that can only come from the mind of Edgar Cantero.
Genre: I’m going to leave It with the genre-smashing bit above. ????
Thank you for taking a three book tour into my bookshelves and a couple of detours into the rabbit holes of my mind! I hope you’ll come back for another edition sometime soon! In the meantime! Let me know (no spoilers please) if you’ve read any of these books, heard anything about them or about what’s stacking our shelves lately!
Questions about my shelves? Ask away about those too!!!

2 thoughts on “STACKING THE SHELVES” 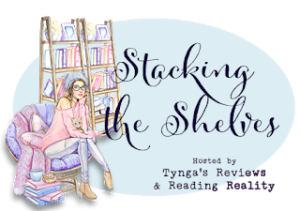 Rebels And The Abyss In This Episode of STACKING THE SHELVES!