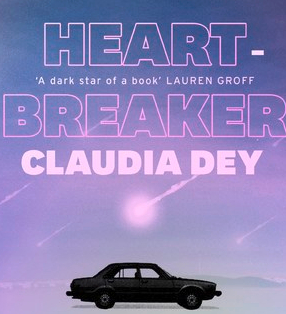 Four Out of Five Stars

Thank you to Random House for an ARC of Heart-Breaker by Claudia Dey  in return for an honest review, embargoed until the publication date: August 21st, 2018

Heartbreaker is the most character driven book I have read, possibly ever. Here’s the kicker. One of the most essential characters is the setting of the book: The Territory. Turning the setting, remnants of an cult in the 1980s, down to one original member,  into an essential character of the book is no easy task but Dey does it without skipping a beat. She does it by using the Territory to fill the spaces between heartbeats with a chilling frost that doesn’t let go and keeps you guessing until the end.

Three narrators. Three completely different voices that introduce you to each other, other main players and The Territory through unique lenses all their own that sometimes compliment, sometimes contradict and sometimes, you wish, could be held through a panel discussion because it would heal so many hurts.
First is, The Girl, Pony. The daughter of one missing mother, Billy Jean and her stoic father, “The Heav”. Pony is realistic, somber, wants more, wants out, had enough, has a plan, it has been too much, this is the reality of the territory mixed with bits of daydreams gone by from her mind, heartbreaks, and hopes she can’t keep away about her mom that keep you guessing, keep you wondering, turning the page for more because there are so many gaps and guesses in what she doesn’t know.
Second is The dog of Billie Jean, The Heav and Pony.  At once bewildered at being left behind the night Billie Jean disappears, unnervingly certain in her knowledge of the Territory’s origins, prosperity and current state of existence, as well as the crypt keeper of everyone, and everything’s secrets. The dog has managed to be the only thing that has not made or kept any don’t ask, don’t tell vows that bloom throughout the territory. And the dog tells all… of course as you keep reading, you again find, it is through her lens and point of view, which means there is more to come from yet another lens that will shed more light through this intricately woven tapestry. And while she might know secrets of the past and more than most, she doesn’t know the one thing everyone is trying to figure out- where did Billy Jean disappear to that October evening?
Third is The Boy, Supernatural. The heartthrob of the territory. The boy every girl wants to marry. Mostly he expresses a lot of regret for mistakes he makes with relationships with his family. Throughout Pony and Supernatural’s telling of events there is a protective but distant acquaintance about them. As secrets unravel the Territory’s existence when Billie Jean disappears, and he learns how many secrets were kept from him, even more than the ones he regretted keeping from others, Supernatural starts finding a path to things that were always missing from his life, and filling holes in the lives of others.
Together, along with a cast of some charismatic, some helpless and hopeless and some broken they walk you through the Territory as if you just moved in or just got lost and wondered by, introducing you to all the locals… famous or infamous hoping to make it sound more enticing than predatory, hoping to keep you around. Truly there’s no keeping down that creepy void threatening to engulf you with a quickness that is telling you to run.
Dey toes the line between clues and madness that are deftly interwoven through flashbacks and current time throughout Heart-Breaker with the precision of a surgeon. Without close attention essential Easter Eggs can be dismissed as perception, mental delusion or just dismissed as off-handed comments that later come back to haunt you and the rest of the characters. Dey proves her talent for being sharp witted, sarcastic, and with a mind for pop-culture references. While singing the likes of Def Leppard, Bruce Springsteen and Air Supply, you will root for these characters, even in their ugliest moments, right up to the last page reveal.

Previous Post: « STACKING THE SHELVES
Next Post: WOW (not in the good way unfortunately) Wednesday: ARC Review of Rule by Ellen Goodlett » 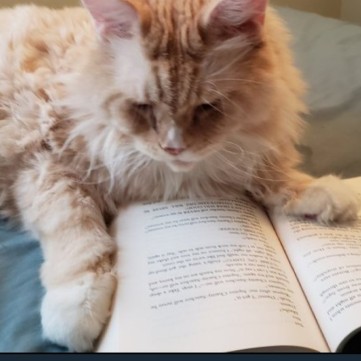